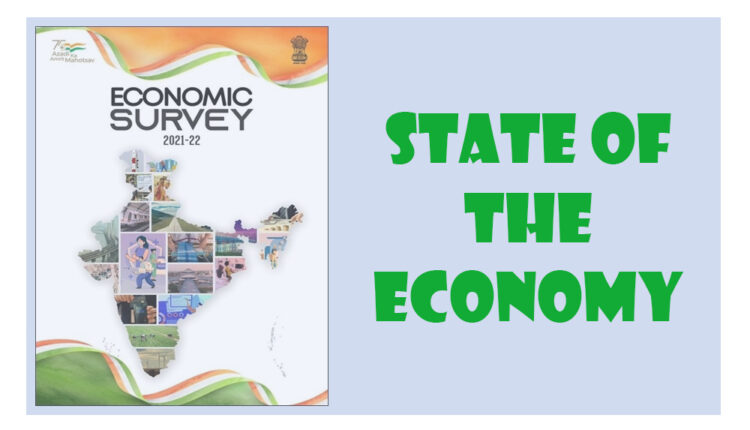 State of the Economy:

o    Net Non-Performing Advances ratio declined from 6 percent to 2.2 per cent during the same period.

o    The Return on Assets and Return on Equity for Public Sector Banks continued to be positive for the period ending September 2021.

o    The decline in retail inflation was led by easing of food inflation.

o    Effective supply-side management kept prices of most essential commodities under control during the year.

o    Proactive measures were taken to contain the price rise in pulses and edible oils.

o     This has been attributed to:

o    However, this year there was a reversal in divergence with retail inflation falling below wholesale inflation by 8.0 percentage points in December 2021.

o    This divergence can be explained by factors such as:

o    With the gradual waning of base effect in WPI, the divergence in CPI-C and WPI is also expected to narrow down.