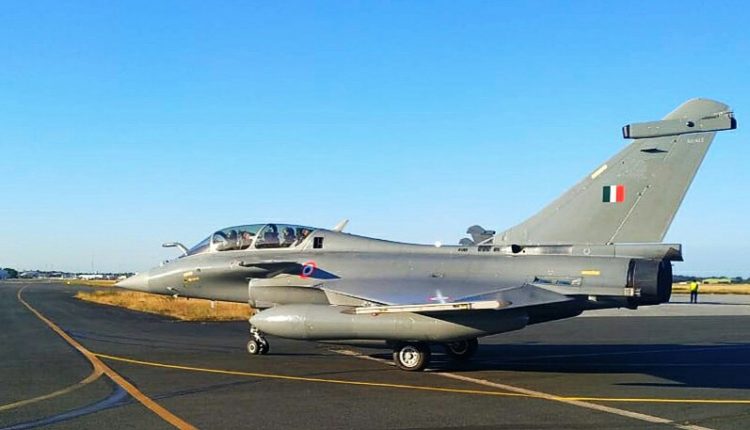 New Delhi : Amid tensions with China in Ladakh, the first five of total 36  French-built Rafales have landed at Indian Air Force’s Ambala Base on Wednesday afternoon. These 5 Rafales will be inducted in N°17 Squadron “Golden Arrows” of the IAF at the Ambala Air Force Station.

These Dassault aviation built aircraft were taken off from Merignac, France on Monday morning. These 4.5 generation fighter aircrafts are being seen as a game-changer for the IAF given their technical and combat superiority against the Chinese and Pakistani aircraft. These combat Aircrafts are equipped with sophisticated weapons like Meteor beyond visual range missiles, SCALP air to ground missiles and the Hammar missiles.

The five Rafales escorted by 02 SU30 MKIs as they enter the Indian air space.@IAF_MCC pic.twitter.com/djpt16OqVd

Meanwhile, Dassault Aviation has initiated the process of delivering the next five Rafales to India. According to sources, Indian fighter pilots and engineers have begun their training with these Rafales in France.

The exercise will contribute to our ability to counter threats at…