Amphibious ship IN LCU L-56 Commissioned into the Indian Navy 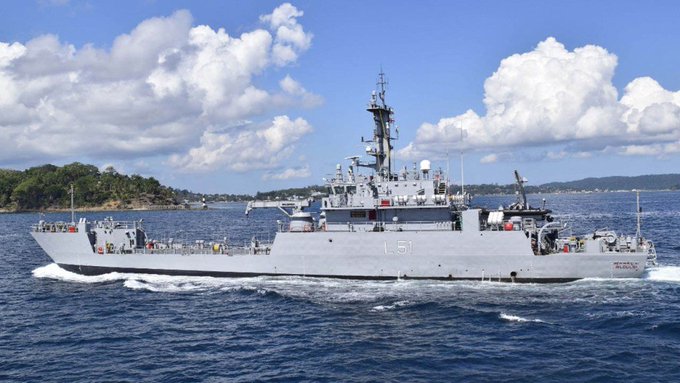 LCU Mk-IV ship is an amphibious ship with its primary role being transportation and deployment of Main Battle Tanks, Armored Vehicles, troops and equipment from ship to shore. These ships, based at the Andaman and Nicobar Command, can be deployed for multirole activities like beaching operations, search and rescue, disaster relief operations, supply and replenishment and evacuation from distant islands.

The LCU Mk-IV Class of ships are fitted with close to 90% indigenous content in line with the Government of India’s ‘Make in India’ initiative towards achieving self-reliance and indigenisation.

The Mk-IV LCU Vessels are a further improved version of the Mk-III LCU Vessels presently being used by the Indian Navy. The entire design of LCU Mark-IV ship has been developed in-house by GRSE as per requirements specified by Indian Navy.

Addressing the gathering, Vice Adm Jain congratulated the GRSE for being the first shipyard in the country to have built the 100th warship. He stated that the induction of LCU 56 will add to Maritime and HADR capability of ANC as the ship will be deployed for multi-role activities such as Beaching operations, Search and Rescue missions, Disaster relief operations, Coastal patrol, and Surveillance operations along the Andaman and Nicobar Group of Islands. He later unveiled the Commissioning Plaque and dedicated the ship to the nation.