Biznextindia : While the entire world community including the USA focusing on the Russian movements on Ukrain, China on Sunday sent the largest incursion of fighter jets into the defense zone of Taiwan. 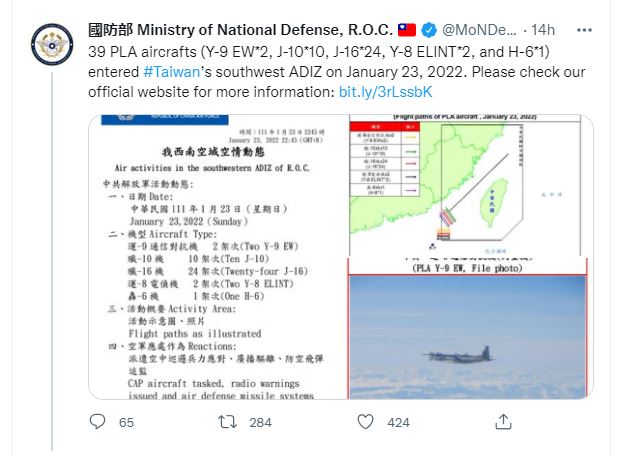 The incursion on Sunday matched the 39 detected on Oct. 2, 2021, the second-highest number recorded on one day. The all-time record for the most Chinese military aircraft seen violating Taiwan’s ADIZ in a single day was set on Oct. 4 of 2021 with 56 PLAAF planes.