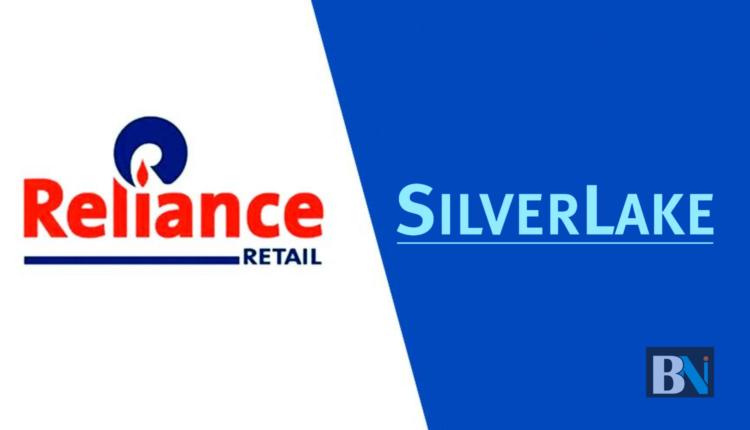 Last May, Silver Lake had announced an investment of Rs.5656 ( USD 1.35 billion) in RILs Jio platforms.

Reliance Retail Limited, a subsidiary of RRVL, operates India’s largest, fastest-growing and most profitable retail business serving close to 640 million footfalls across its over 12,000 stores nationwide. The company has recently announced the acquisition of Future Group, one of India’s leading retail chain.

With more than $60 billion in combined assets under management and committed capital and a focus on the world’s great tech and tech-enabled opportunities, Silver Lake is the global leader in large-scale technology investing. Its mission is to build and grow great companies by partnering with world-class management teams. Its other investments have included Airbnb, Alibaba, Alphabet’s Verily and Waymo units, Dell Technologies, Twitter and numerous other global technology leaders.