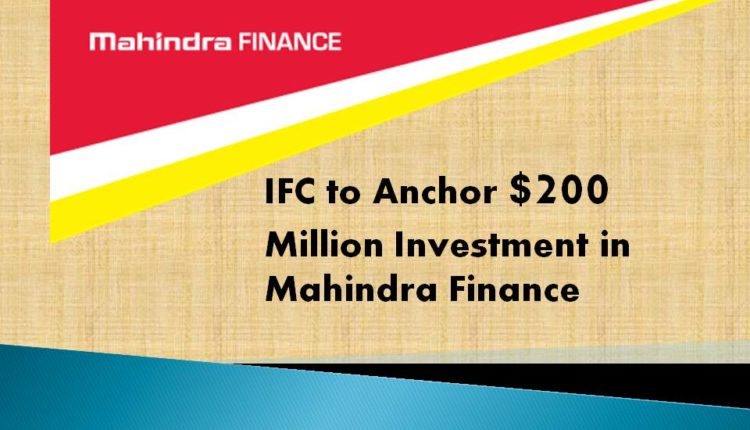 Biznextindia  : The International Finance Corporation (IFC), part of the World Bank Group, has anchored an investment round of $200 million in Mahindra & Mahindra Financial Services Ltd. to create a dedicated pool of financing for micro, small and medium enterprises (MSMEs) in low-income states. Out of this, at least $100 million will be earmarked for women-owned MSMEs.

IFC has invested $75 million from its own account and is mobilizing another $125 million as parallel loans. The $100 million dedicated to women will be supported by blended finance from the IFC-Goldman Sachs’ Women Entrepreneurs Opportunity Facility.

Mahindra Finance has further committed $225 million to this pool.  Non-Banking Financial Companies (NBFCs) are an important source of credit for India’s MSME sector. The sector feeds crucial industrial value chains and employs 124 million people, including semi-skilled and unskilled workers. MSMEs account for more than 80 percent of industrial enterprises and over 45 percent of exports. The biggest constraint they face is access to finance. An IFC study, conducted in 2018, estimates the total credit gap for MSMEs in India to be $397.5 billion, around 15 percent of GDP. The financing gap for MSMEs is more acute in low-income states. Targeted lending to women-owned MSMEs is even less prevalent.