General Atlantic to pick up 0.84% stake in Reliance Retail for Rs.3675 Crore 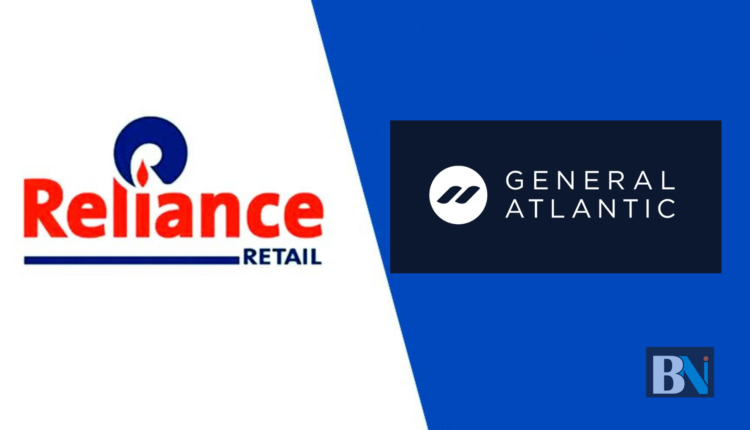 This is the second investment by General Atlantic in a subsidiary of Reliance Industries, following a Rs. 6,598.38 crore investment in Jio Platforms announced earlier this year.

“I am pleased to extend our relationship with General Atlantic as we work towards empowering both merchants and consumers alike, and ultimately transforming Indian Retail. Like Reliance Retail, General Atlantic believes in the fundamental ability of digital enablement to drive progress, growth, and inclusion across India and the world. We look forward to leveraging General Atlantic’s extensive expertise at the intersection of technology and consumer businesses, and two decades of experience investing in India, as we create a disruptive New Commerce platform to redefine retail in the country” Mr. Mukesh Ambani, Chairman and Managing Director of Reliance Industries, said.