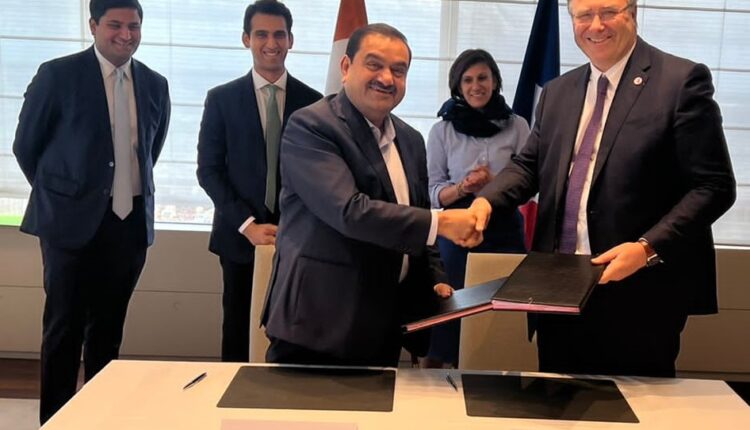 The new partnership,centered on green hydrogen, is expected to transform the energy landscape both in India and globally.Both Adani and TotalEnergies are pioneers in energy transition and clean energy adoption, and this joint energy platform further strengthens the publicESG commitments made by both companies.

ANIL’s ambition is to invest over USD 50 billion over the next 10 years in green hydrogen and associated ecosystem. In the initial phase, ANILwill develop green hydrogen production capacity of 1 million ton per annumbefore 2030.

“The strategic value of the Adani-TotalEnergies relationship is immense at both the business level and the ambition level,” said Mr. Gautam Adani, Chairman, Adani Group.“In our journey to become the largest green hydrogen player in the world, the partnership with TotalEnergies adds several dimensions that include R&D, market reach and an understanding of the end consumer. This fundamentally allows us to shape market demand. This is why I find the continued extension of our partnership to hold such great value. Our confidence in our ability to produce the world’s least expensive electron is what will drive our ability to produce the world’s least expensive green hydrogen. This partnership will open up a number of exciting downstream pathways.”

“TotalEnergies’ entry into ANIL is a major milestone in implementing our renewable and low carbon hydrogen strategy, where we wantto not only decarbonize the hydrogen used in our European refineries by 2030, but also pioneer the mass production of green hydrogen to meet demand, as the market will take off by the end of this decade.” said Mr. Patrick Pouyanné, Chairman and CEO of TotalEnergies.“We are also very pleased with this agreement, which further strengthens our alliance with the Adani Group in India and contributes to the valorization of India’s abundant low-cost renewable power potential. This future production capacity of 1 million ton per annum of green hydrogen will be a major step in increasing TotalEnergies’ share of new decarbonized molecules including biofuels, biogas, hydrogen, and e-fuels to 25% of its energy production and sales by 2050.”

Govt clears ‘AGNIPATH’ scheme for recruitment of youth in the Armed Forces, 46,000 Agniveers to be recruited this year