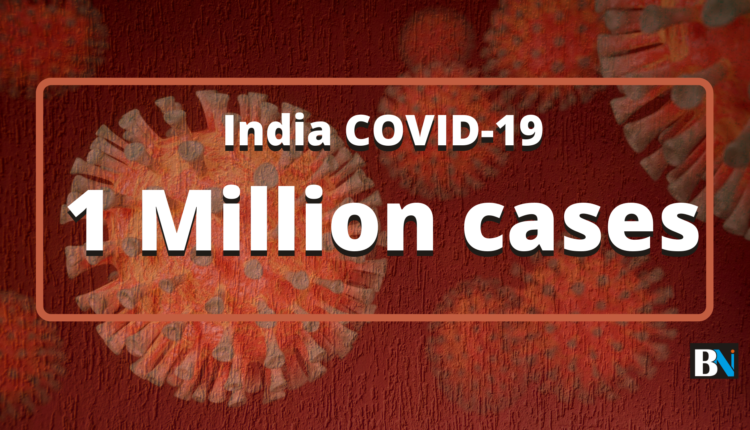 As per the latest data released by the Ministry of Health & Family Welfare, India’s total cases rose to 1003832 by Friday morning. The total number includes 342473 active cases and 25602 deaths while 635757 people have been recovered from the viral infection.

As many as 34956 new cases and 687 deaths have been reported in the last 24 hours. With this India’s mortality rate has remained stable at 2.8 per cent while the recovery rate has improved further to 63 per cent.

Maharastra has continued to be the worst affected state in the country as its total number of confirmed cases has mounted to 284281 including 114947 active cases and 11194 deaths. Maharastra is followed by Tamilnadu and Delhi with 156369  and 118645 confirmed cases respectively.