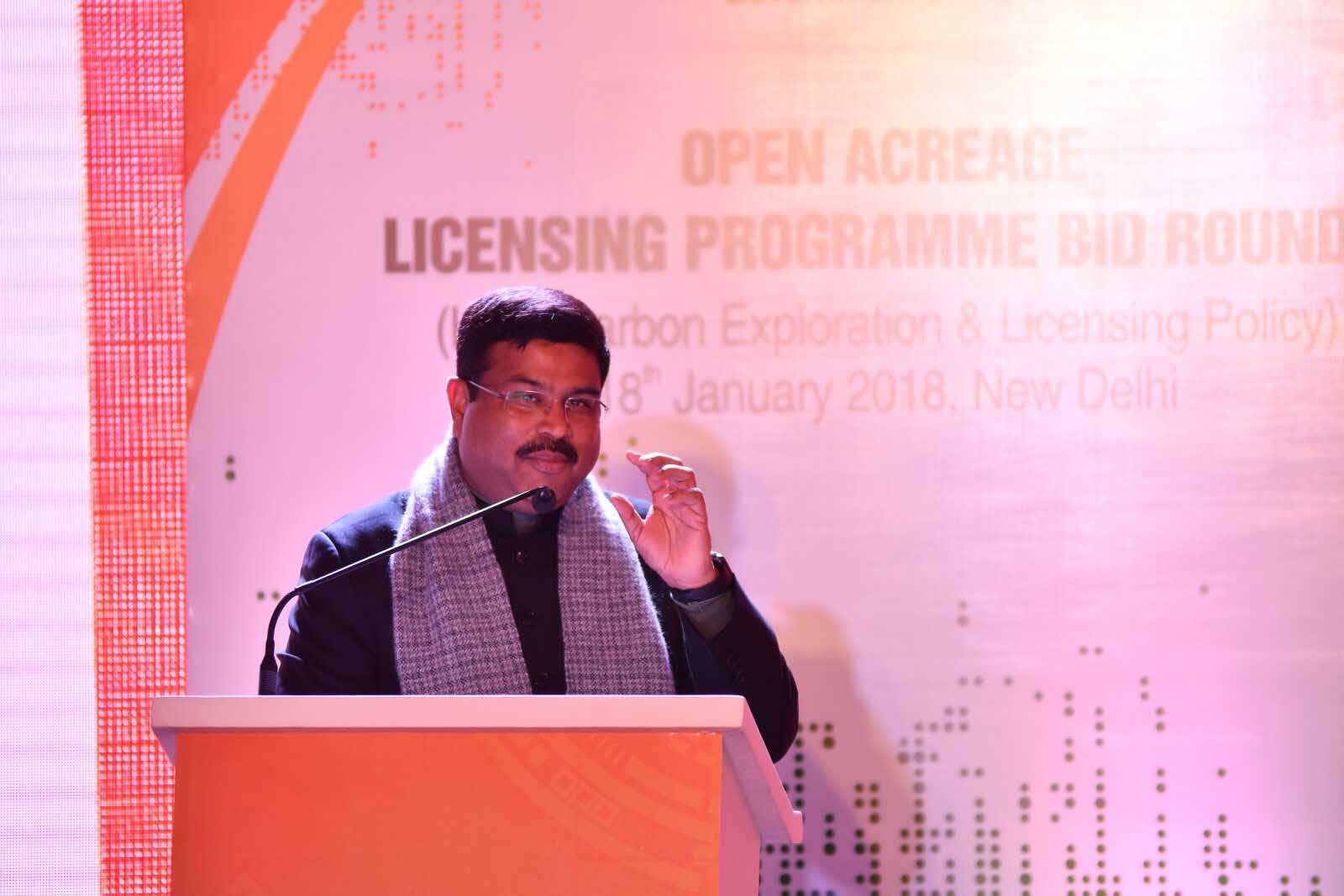 Shri Dharmendra Pradhan congratulated the awardees and assured them of complete support and assistance from the Government. He reiterated the relentless efforts of the government to enhance domestic hydrocarbon production by putting forth new policy initiatives so that the true potential of Indian sedimentary basins is realized. He said there is huge potential in these reserves and their exploration will positively impact the Indian economy. He said that the overwhelming response received from the bidders, including those from the fresh entrants in the sector, shows that interest in Indian market is rising. Sh Pradhan said that the Bidders have shown confidence in the Indian Government policies, and steps taken for ‘ease of doing business’. He said that infrastructure ministries must play an important role for inclusive and rapid growth of the country.

The bid submission process under DSF Bid Round – II was successfully completed on January 30, 2019. The bidding under DSF bid round-II started on 9th August 2018, and 25 contract areas were on offer covering 59 discovered oil and gas fields with an area of 3,042 Sq.kms and prospective resource base of 190 MMT (O+OEG). Out of the total 145 e-bids received, 103 e-bids were received for onland contract areas and 42 e-bids were received for offshore contract areas. As many as 40 companies (Individually or as member of the bidding consortium) have participated in the bid round.

The bids (online first envelopes and hardcopies) were opened on 30th January 2019 at DGH’s Noida office in the presence of the bidders. The commercial bids (second envelopes) were opened on 14th February 2019. Subsequently through detailed process of evaluation, 14 Companies (singly or in Consortium) have been awarded 23 Contract Areas spread over ~3,000 Sq. Kms with prospective resource base of ~189 MMT (O+OEG). Out of there 14 Companies, eight are new entrants in the E&P Sector. The Sanganpur block has not been processed being sub-judice.

Marjaavaan has a decent Weekend, Bala approaching towards 100 Cr

L&T Infotech to acquire Bangalore based  Powerupcloud for…