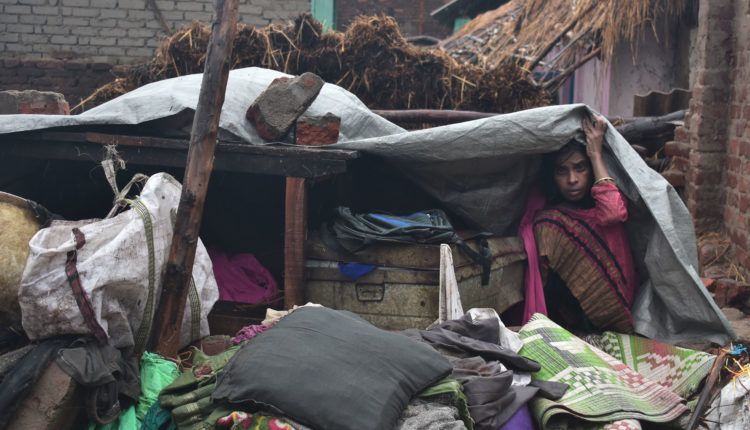 Bhubaneswar : Thousands of villagers in Odisha’s coasts are gradually being pushed back by an inundating sea because of climate change and related challenges. This has been observed by the Water Initiatives, Odisha (WIO), a forum of civil society organisations and experts that works for conservation of water and environment and advocacy on climate change issues, during recent study-cum-exposure trips to Udayakani and Tandahara villages in Puri district, and Satabhaya & Bagapatia villages in Kendrapada district.

Considering the fact that near about one third of Odisha’s coastline is already vulnerable to sea ingress due to climate change, Ranjan Panda, convenor of WIO, who is also popularly known as Water Man of Odisha, has apprised the Chief Minister of the situation through a letter on Monday and urged the government to initiate necessary steps to address the issues of the thousands of climate refugees of the state.

According to the letter, a copy of which is attached with this release, the people of Udayakani village under Sisuo Panchayat, Astaranga block of Puri district have been suffering because of the rapidly invading sea. This village is going to take a watery grave in a few years due rapid sea incursion. The invading sea has forced the villagers to relocate from the village thrice since 1999 Super Cyclone when the entire village went into the sea forcing people to move to their farmlands. During Phailin in 2014, they had to shift inlands again after the village got sandcast. While they had been under tremendous stress after losing their homestead and farm lands, the recent cyclone Fani worsened their condition further by making their remaining land and water sources more saline.

Same is the situation of neighbouring Tandahara village that is close to Udayakani even though the sea has not yet engulfed the village as much as it has the other village, Panda mentioned in the letter.

Panda, in his letter, also apprised the CM of the current state of affairs of Bagapatia rehabilitation colony in Kendrapada district where the government has relocated the climate refugees of Satabhaya – the seven villages which have already been engulfed by the sea during the last few decades. While the amount of support given for house building is too little considering the low-lying swampy area they have been allotted, they are provided with no livelihood opportunity.

Panda requested the CM to discuss with the villagers of Udayakani and Tandahara and work out a proper rehabilitation package by ensuring them proper habitation, cropland and other compensations including right to access nearby forests for minor forest produces. These villagers do understand the value of forest protection and right to forests would mean an increased involvement of the communities in forest protection.

By the time a rehabilitation package is finalised, the people need to be provided with all basic amenities and livelihood support as most of their farmlands are already inside the sea and the remaining fields have become saline due to Fani making it difficult for them to grow any crop for at least couple of years.

To improve the rehabilitation package for Bagapatia inhabitants by speeding up the provision of basic amenities such as water supply, toilets, good roads; and providing them croplands and grazing lands; ensuring them access to local forests for their daily needs, that will also help in local forest protection; and provide other livelihood opportunities in the local area so that the youths don’t have to migrate out in distressed conditions.

Panda further mentioned that Odisha needs to prepare a policy for dealing with the climate induced displacements as many more villages in the vulnerable coastline are facing similar fate.  He has further suggested creation of a green corridor along the coastline with mangroves and other local and cyclone resilient species to prevent further ingress of the sea.