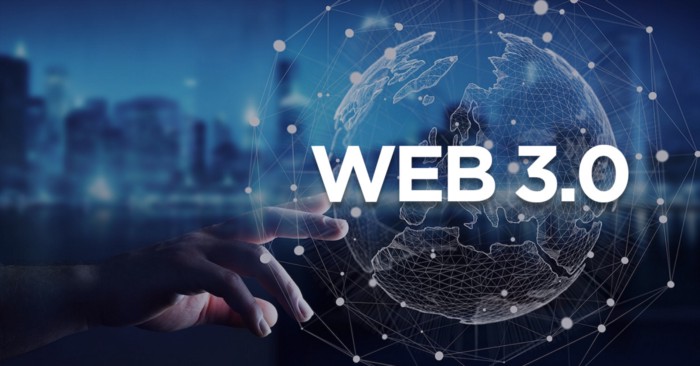 Let me roll back the calendar to October 2021. If you recall, Facebook (now Meta) then suffered a major outage for around six hours. Facebook-owned social platforms- WhatsApp and Instagram, too, faced blackout. It was an unanticipated shock for folks glued to these sticky platforms. At the same time, it triggered economic losses worth millions of dollars as the digital ecosystem of business owners, content creators and consumers was disconnected from each other. This is a bane of Web 2.0, where web access is largely centralized.

Thankfully, we will get over it as we set foot in the Web 3.0 era. Powered by blockchain technology, the new iteration of the web promises decentralization, protects users’ privacy and allows users a grip on their data online. Possibilities abound in Web 3.0, but there are a few apprehensions too. Before I dilate on the new avatar of the Internet, why not look at how it evolved and is still evolving.

The Transition from Web 1.0 to Web 3.0The World Wide Web, or the Internet, was first conceived to be open and decentralized. Web 1.0 was essentially a read-only experience where a vast proportion of internet users were mere consumers, not content creators. The onset of Web 2.0 marked a seismic shift in how we use the Internet. Social channels like Facebook, Twitter and Instagram ringed in the democratization of the content. Every user can now generate content and disseminate it. There’s another marked difference between Web 1.0 and Web 2.0. In the first generation of the Internet, users collected data from online browsing. In Web 2.0, megacorps like Amazon, Google, and Meta collect data from users. This is unnerving after we have seen recurring instances of data breaches. There’s a risk of sensitive or confidential data being leaked to third parties to your unbeknownst. You can’t assume that user data is safe. Web 3.0 has the potential to let users break free from the hegemony of big corporations and wrest control of their data.

Web 3.0 Will Save the Day and Your Data Too
Web 3.0 promises a new era where users will have a firmer grip on their data. Predicated on the blockchain technology that is trustless, self-governing, verifiable and distributed, it ensures that users can gain actual ownership over their data.
Web 3.0 is the right step to overcome the centralization of domain name registries and break the hegemony of the Internet Corporation for Assigned Names and Numbers (ICANN). Presently, ICANN manages the master keys for the DNS backbone of the Internet.

Under the Web 2.0 regime, you have no option to retrieve your data. Imagine what happens if Twitter or Meta is blacked out. Web 3.0 can dispel your worries. Since data is stored with blockchain technology, users can seamlessly move their data from one platform to the next. These platforms will be able to read your wallet address and the digital assets associated with it. After signing up for a Web 3.0 digital wallet, everyone would receive a wallet address (an alphanumeric phrase).
In contrast to Web 2.0, which is dominated by centralized platforms such as Google, Apple, and Facebook, Web 3.0 will use blockchain, crypto, and NFTs (Non-Fungible Tokens) to return power to the common man of the internet community, including trading in crypto assets.

There Are Drawbacks Too…

When we are hailing the decentralization of the Internet with Web 3.0, a new monopoly should not be allowed to build. With Web 3.0, people will be able to post and do whatever they want online. Unless there is there is even a semblance of regulation, much malicious content may go unchecked. The other downside of Web 3.0 governance is that it may create a new form of hegemony where a clutch of big entities will control transactions. The top 2 per cent of accounts already own and control 95 per cent of the $800 billion supply of Bitcoin, and 0.1 per cent of Bitcoin miners are responsible for all new output.

Blurring The Physical-Digital World with Web 3.0

Web 3.0 stands the potential to blur the physical and digital worlds with the interplay of emerging technologies. The potential upsides of Web 3.0 are bristling with excitement and promises. The big takeaway is that users will have more control over their data and privacy. Sure, there are a few pitfalls, but the gains outweigh the concerns. Web 3.0 is no perfect internet, but by the time users experience it, they will realize getting over many imperfections.

The article was originally published at