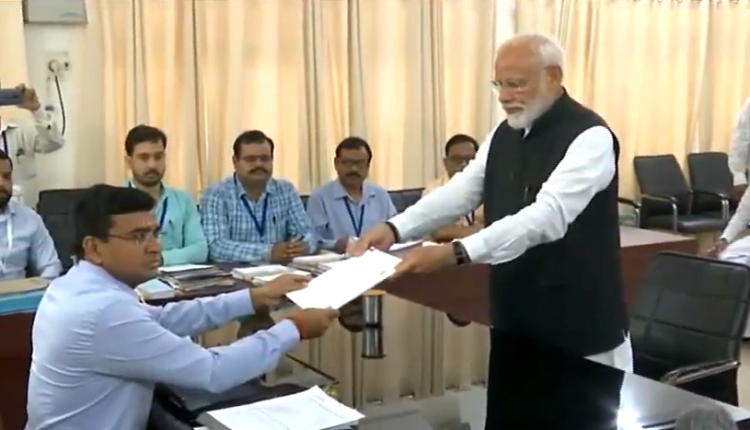 Before heading for the nomination, Modi also offered prayers at Kashi Bhairavnath temple. In the morning, he addressed BJP workers in Varanasi. Thanking the workers for putting up the massive roadshow yesterday, Modi said, “Party workers are the real candidates of democracy. More than my win, I am concerned about them.”

Yesterday the Prime Minister along with top NDA leaders held a Road Show in the holy City from Banaras Hindu University (BHU) to the famous Dasaswamedh Ghhat on the banks of the Ganges where  he participated in the traditional Ganga Aarti.

The Congress has fielded Ajay Rai for the constituency.