“Naveen  prioritizing Politics over Development” Modi starts all out attack against Naveen Pattnaik, 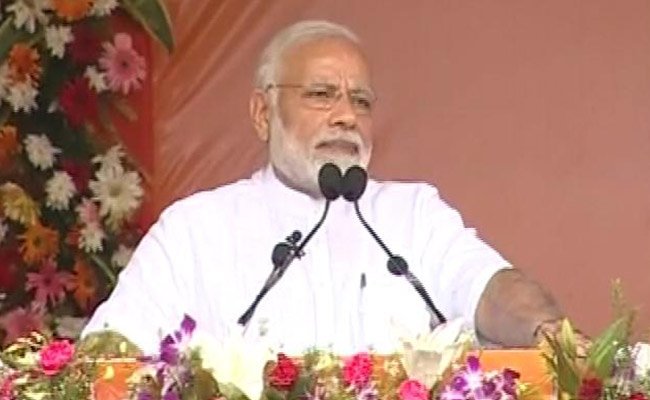 Bhubaneswar: The Prime Minister Narendra Modi today initiated an all out attack against the Odisha Chief Minister Naveen Pattnaik saying that he is giving more priority on Politics than development of the State.

Speaking at Odisha’s Coal Town Talcher after laying the foundation stone for a Coal Gasification based Fertiliser Plant, he criticized Naveen for keeping the state out of the Ayushman Bharat Scheme, despite the sorry state of the health care sector in the state. The asked the state to join the Health Care Scheme which will benefit the poor people of the state.

He also targeted Naveen for claiming credit for the providing Rice at Rs.1 to the poor people. He said that the Central government is contributing Rs.25 out of Rs. 30 for the Rice. For this the centre is providing Rs.450 Crore per month to the state government.

PM lays Foundation stone for 1.2 MMTPA Talcher Fertilizer Plant, to be commissioned by 2022

Usha Martin to sell its Steel Business to Tata Steel