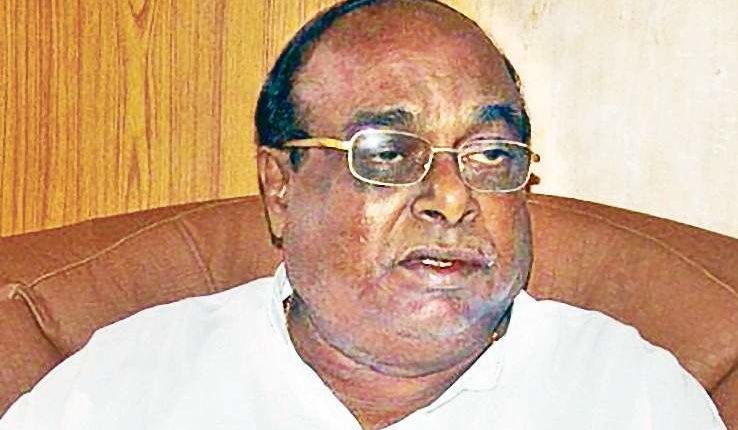 Bhubaneswar: In an important development that could have far reaching effects in Odisha Politics, BJD Veteran Damodar Rout was today expelled from the party over alleged anti party activities.
The expulsion was ordered by Chief Minister and BJD President Naveen Patnaik a few

Hours earlier. The former Minister had recently been leveling serious allegation of corruption against various departmental officers in the State Government, in which he had served as the Minister. He had courted controversy for some of his remarks against Brahmins, Anganwadi workers and farmers’ suicide in State.

BJD Supremo on 11 September had said that he will look into the allegations about Dr.Rout’s activities which they said was detrimental to the interest of the party.

Reacting over expulsion, Dr.Rout said that earlier he was driven out of Ministry and various party positions like Vice-President. He said that no party members were in touch with him and he was like outcast in the regional outfit. So practically he was not in the party. He further said that, raising graft issues is not a crime, and he’ll continue to raise corruption issues in the state government.