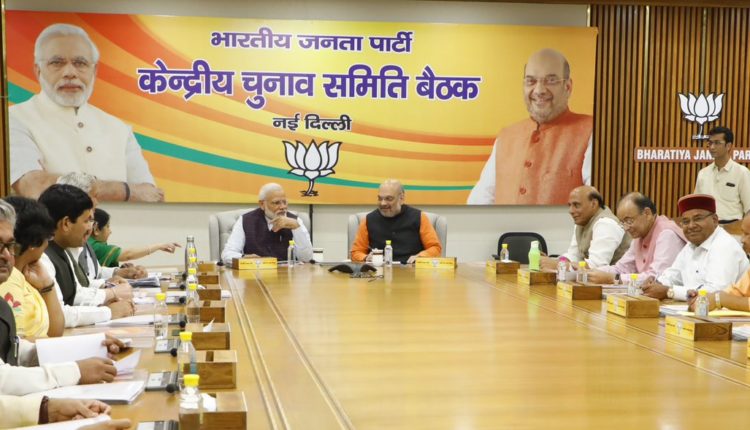 Bhubaneswar: After announcing candidates for 10 LokSabha seats in Odisha, the Bhartiyaa Janata Party ( BJP ) has also released a list of 99 candidates for the Odisha Legislative Assembly Elections. The Central Election Committee (CEC), the highest decision making body of BJP on Election matters has approved the list. Earlier, the party had announced names of its candidates for Odisha’s 10 of the 21 Lok Sabha seats.

BJP will announce candidates for the rest 47 Assembly seats in the second phase. Government to divest 15% of KIOCL Ltd through FPO