Amid succession war Crucial DMK meeting underway in Chennai, Stalin to be elevated to the top 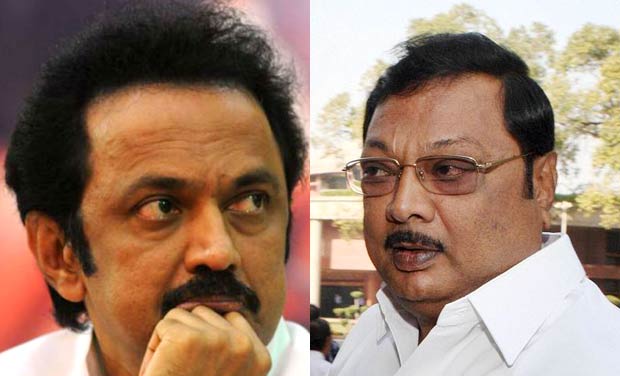 Chennai: Amid war on succession between two sons of late DMK leader M.Karunanidhi, M.K. Stalin and MK Alagiri, the crucial meeting of the executive committee of DMK is currently underway at the party headquarters Anna Arivalayam in Chennai. Senior party leader Stalin, Kanimojhi and A.Raja are reportedly present in the meeting.  During the meeting,  a resolution has been passed to  condole the death of its president, ‘the Kalaignar’.

According to sources, the party is also expected to discuss Stalin’s elevation as party president. It comes after MK Alagiri claimed DMK’s throne and said his brother MK Stalin is scared of him.

While addressing the media at his father’s memorial at the Merina beach yesterday, he claimed that real DMK cadres and relatives are with him and not with Stalin. “Though Stalin is the working President, he is not working,” he said. MK Alagiri was expelled from the DMK in 2014.

MK Alagiri has won the Lok Sabha election from Tamilnadu’s Madurai constituency and served as the union minister for Chemical and Fertilizers in the UPA government headed by Manmohan Singh.

Nalco to enhance procurement from MSMEs