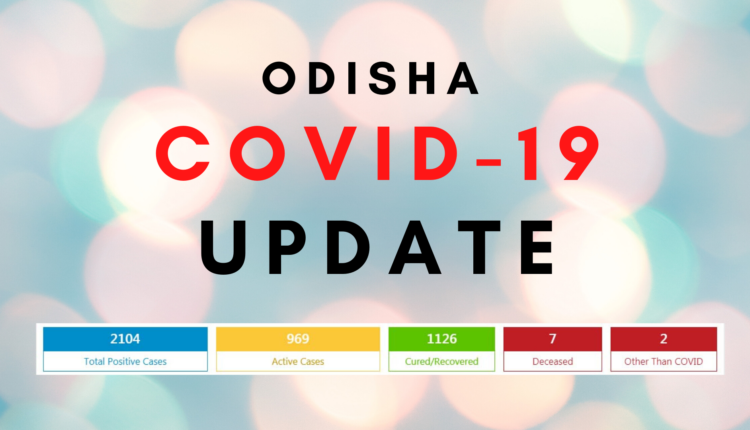 Bhubaneswar: Odisha on Monday reported as many as 156 new confirmed cases taking the tally beyond the 2000 mark. This is the highest ever addition of positive cases in a single day.

Out of the 156 new cases, 50 cases are from the Kendrapara district while 20 cases have been reported from Cuttack district while 17 from Ganjam district and 14 from Jagatsinghpur.

With the addition of 156 fresh cases, Odisha’s total number of cases has climbed to 2104 which includes 969 active cases and 7 fatalities while 1126 patients have recovered from the viral infection.

Meanwhile, the state has maintained an impressive recovery rate of 53.51 per cent which is more than the national average of 48 per cent.

The state has witnessed a sharp rise in cases after the return of migrant workers from other states.

Overall, India has added more than 8300 new cases in the last 24 hours taking the tally to 1.9 lakh. Among the states, Maharashtra has remained the worst affected state with 67685 confirmed cases and 2286 deaths. Maharastra is followed by Tamilnadu, Delhi and Gujarat with 22333, 19844 and 16779 cases respectively.