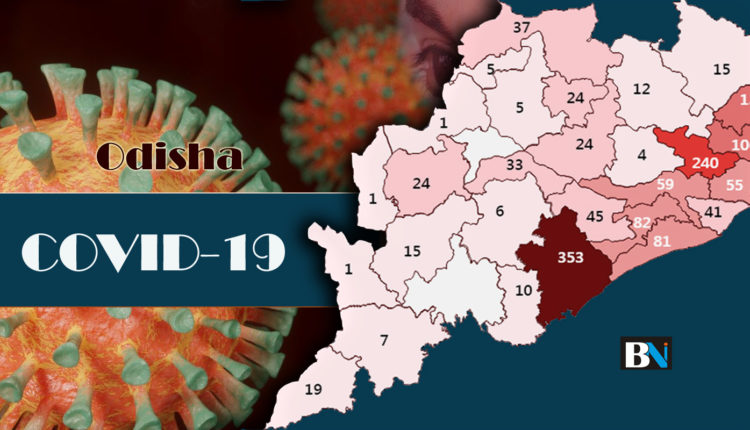 Bhubaneswar: Despite the lockdown, Odisha’s COVID-19 tally has continued to rise as the state reported over 100 new confirmed cases on Monday.

According to the information released by the state health department, Odisha has reported as many as 103 new cases on Monday taking the total number of cases to 1438, out of which 881 are active cases and 7 deaths. Meanwhile, as many as 550 patients have been cured and have been discharged from hospitals.

06 cases in Koraput
(All in quarantine centres. AP returnees)

Out of the 103 new cases, Deogarh district has reported the highest 22 cases followed by Kendrapara and Jagatsinghpur with 15 and 10 cases respectively.

While Odisha’s cases are rising sharply, almost all the cases are being reported from the containment zones. 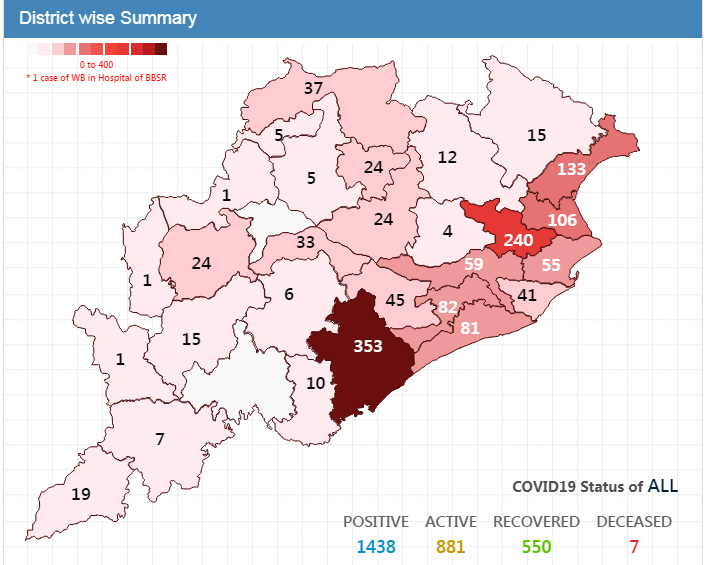 India’s COVID-19 death toll crossed the 4000-mark on Monday as the total number of COVID-19 cases climbed to 1.38 lakh on Monday.

As per the latest data released by the Health Ministry, India’s total cases rose to 138845 by Monday morning. The total number includes 77103 active cases and 4021 deaths while 57720 people have been recovered from the deadly infection and one person has migrated.

As many as 6977 new confirmed cases and 157 deaths have been reported in the last 24 hours while 3220 people have been recovered.