“Whenever there’re rumours, be assured that BJD is going to do well” : Naveen quashes rumours of ill health 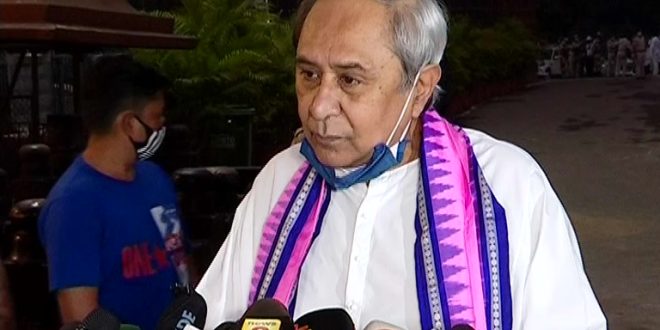 Bhubaneswar: Odisha Chief Minister Naveen Patnaik on Friday made public appearance amid rumours of his poor health condition. Patnaik visited the Lingaraj Temple here and took stock of the ongoing Ekamra Project, beautification of the shaivite shrine, and also offered prayers to the deity.

During his visit, he categorically refuted the rumours of his ill-helth, saying that he is in perfect health and committed to serve the people of Odisha.

“Whenever there are elections, there are these rumours that my health is not well. But I can assure all of you I am in perfect health and here to serve the people of Odisha,” the Chief Minister said to the journalists.

Naveen said, “Whenever there are these rumours you can be assured that the Biju Janata Dal is going to do well.”

The Chief Minister refused to comment on ongoing Panchayat Polls saying, “I would not like to comment as the model code of conduct is in force.”