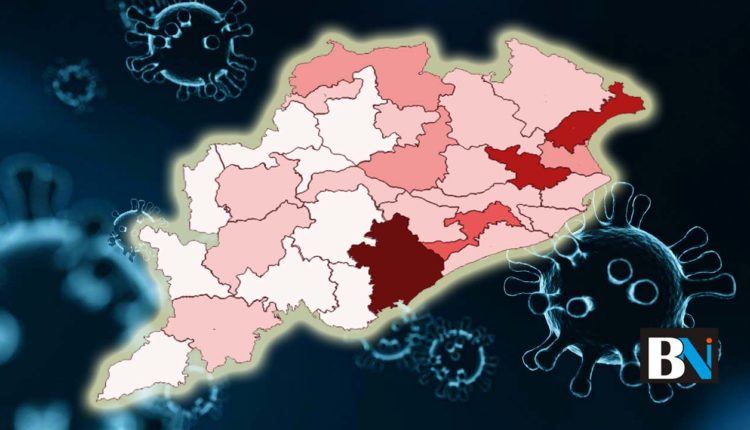 Bhubaneswar: With 74 new confirmed cases, the total number of cases in Odisha has crossed the 1000-mark on Wednesday.

The state has also reported its 6th death in COID-19 as a  70 year old man from Khordha district with co-morbid conditions has died today at the All India Institute of Medical Sciences (AIIMS).

According to latest updates, the state has reported 74 new cases on Wednesday taking the tally to 1052 out of which 739 are active cases while 307 patients have recovered. Out of the 74 new cases, 28 are from Boudh district, 11 cases from Puri, 9 cases from Cuttack, 7 cases from Khurda, 6 cases each from Jajpur and Ganjam, 2cases each from Kendrapara and Malkangiri and one each from Dhenkanal, Balasore and Kandhamal.

Meanwhile, for the first time Boudh district has reported such a high number of cases. Out of the 28 cases, 20 are Gujarat returnees while 5 have returned from Andhra Pradesh.

Odisha, which has reported its first case on 15ht March, took over 2 months to cross 1000 cases.

India’s total cases rose to 106750 by Wednesday morning. The total number includes 61149 active cases and 3303 deaths while 42297 people have been recovered from the deadly infection and one person has migrated.

Domestic flights to resume operations from 25th May : Minister