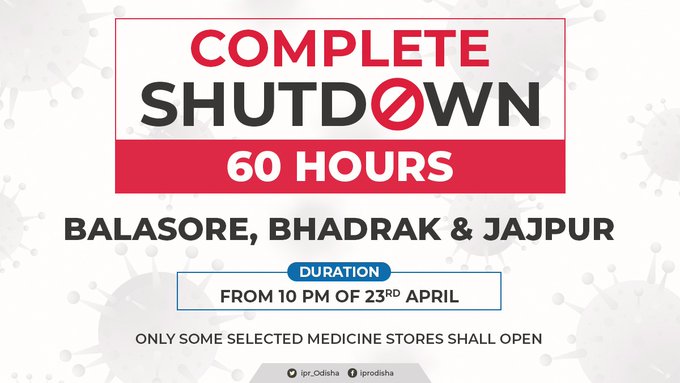 Bhubaneswar: With most of the new cases are coming from 3 districts Balasore, Bhadrak and Jajpur, the Odisha government on  Thursday announced a 60-hours complete shutdown in these districts. The shutdown-akin to curfew-  will come into effect from 10 pm today till 10 pm on 26th of April.

Odisha Chief Secretary Asit Tripathy announced the government decision in a press conference a short while ago. 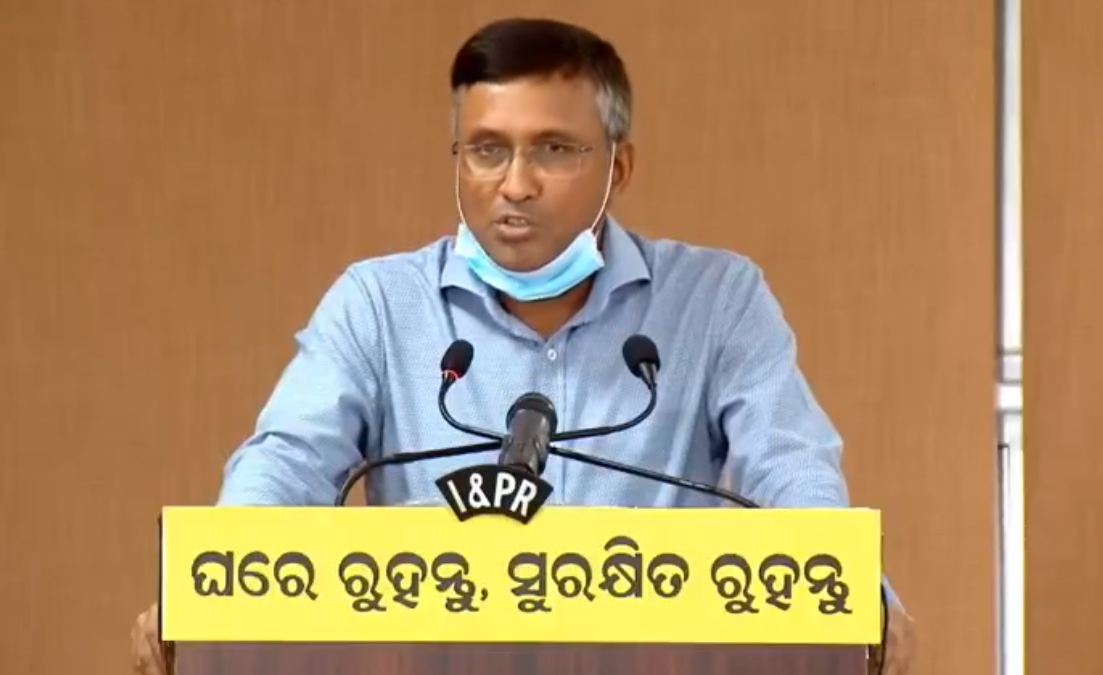 So far Jajpur has total 12 confirmed cases, Bhadrak has 11 cases and Balasore has 10 cases.

Six new cases have been reported today in the state, out of this 4 cases are from Jajpur and 2 are from Balasore. All these new cases are linked to the earlier cases who had travel history to West Bengal.

India crosses 5 lakh tests with 4% positivity rate, much lower than other affected countries

India’s COVID19 recovery rate rises to 20%, Gap between the global rate is narrowing down