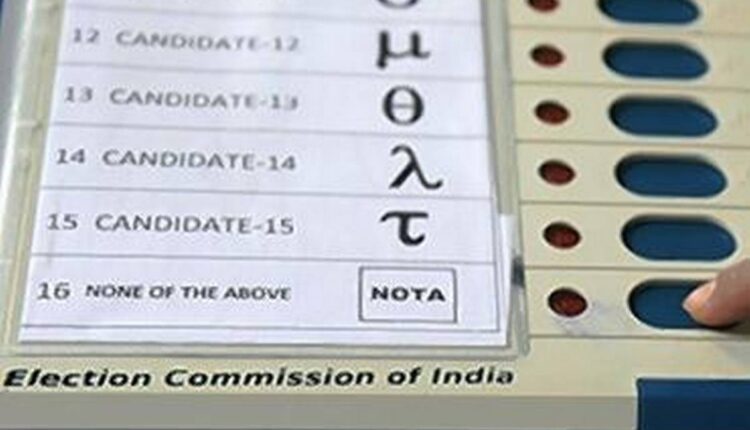 Bhubaneswar: The Odisha State Election Commission (SEC) has decided to provide NOTA (None of the above) option to the voters in the upcoming Urban Elections in the State.

SEC has issued an order on Friday as per the power vested under Article 243-ZA of the Constitution. The Article has given power of superintendence, direction and control of preparation of electoral roll for, and conduct of all elections to Municipalities.  As per the order, the word NOTA will be printed in the last panel after the last candidate and NOTA symbol will be print on the symbol column.

However, the Election Commission of India (ECI) has provided the option of NOTA to the electors for elections to legislative assemblies and Lok Sabha.

“Therefore, the State Election Commission, in exercise of powers vested in it under Article 243 ZA of the Constitution, directs that the option NOTA (none of the above) will be provided to the electors for the general elections to Urban Local Bodies,” read the order.