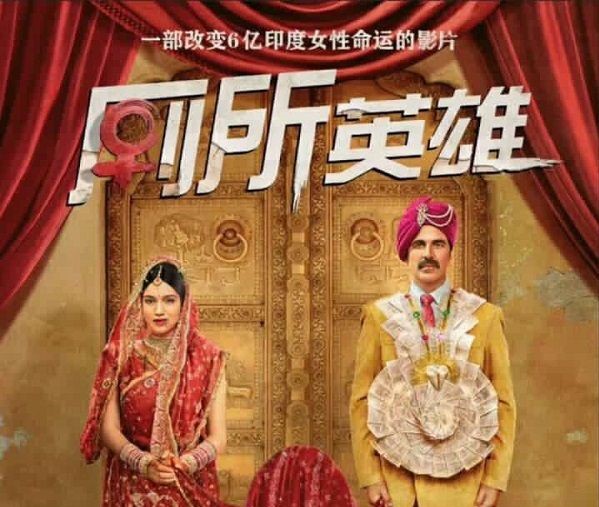 Mumbai : Akhay Kumar starrer Toilet :  EK Prem Katha  is off to a good start in China collection of USD 3million in just two days. The movie is expected to garner profit, as the cost of releasing the movie in China is about 7 million and it is expected to surpass its easlity. Veer Di wedding on the other hand has been declared a hit as it has already collected Rs.55.5 Crore so far and still going strong. While it had collected Rs.52.7 Crore in the first week and Rs. 2.7 crore in the second Friday. However, the movie has started slowing down after new releases like Kaala and Jurassic Park : the Fallen Kingdom.

Meanwhile, Parmanu : the story of Pokhran’ has a decent run so far with collections at Rs.51.5 Crores. Raazi on the other hand has emerged as one of the most successful movies this year collecting Rs.117.3 Crores so far.