This place in Odisha witnessed record rainfall in last 24 hours 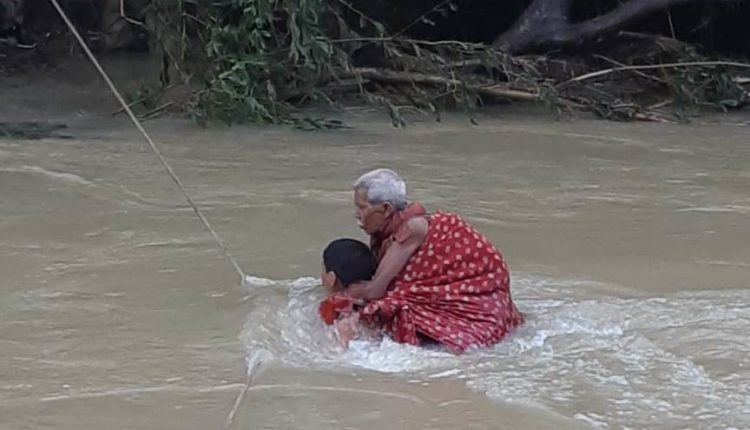 Bhubaneswar: Odisha has started this rainy season with a deficit of about 30% from June 1st to July 6. But the rain started during the 2nd week of July has broken a 36 years old record in the state.  Just a week’s rainfall has made the deficit rainfall to surplus rainfall.

A rainfall of 622 millimetres (MM) has been recorded on 22 July at Master Control Room of Hirakud Dam Project, Sambalpur in Odisha.

This is the highest ever rainfall recorded in any Station in Odisha as ascertained from India meteorological Centre, Bhubaneswar. This has broken the previous record of 581.9 mm rainfall recorded by the IMD Rain Gauge Station at Sambalpur was on 19 August 1982.

However, this still way below the all-time record set by Meghalaya’s Cherapunji which was recorded 2493 mm rainfall in a 48 hour period.

Bishnupada Sethi, Special Relief Commissioner (SRC) today reviewed the latest situation with the District Collectors and discussed about rescue and relief operations are in full swing in the State. While heavy to heavier rains continuing in various places in Odisha, the forecast is there for more rain and thundershower likely to occur tomorrow in many places of the State.

Average rainfall recorded on 22 July during 24 hours is 81.3 MM and many parts of the State experienced heavy and very heavy rainfall in the State.