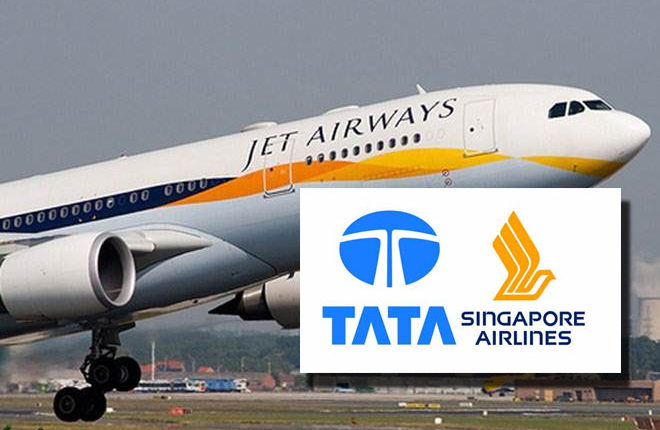 The board of directors of Tata Sons, the holding company of the Tata Group, is likely to meet today to discuss a proposal to take over the loss-making private sector Airlines Jet Airways. Signalling a thumbs up to the proposed merger by the market, the Shares of Jet Airways today increased by 10% to Rs. 352.55 in the early hours of trading.

However, Tata Group Chairman N.Chandrasekharan will have a tough task convincing the Board for the Share swap merger proposal.

For the last several months, the Naresh Goel controlled Jet Airways has been looking for investors to tide over liquidity crunch that it has been saddled with, sources close to the development said.

According to reports, there may be a share swap merger between Jet and Tata SIA.  ( A JV between Tata Group and the Singapore Airlines that operates the Air Vistara). The deal will be carried out in two phases, in the 1st phase Jet and Tata SIA will be merged into a combined entity with Tata Sons, SIA, Etihad and Naresh Goel Family as major shareholders. In the 2nd Phase, SIA would purchase the entire stake to be held by the  Naresh Goel Family in the combined entity after which Naresh Goel would fully exit from the Aviation Sector.