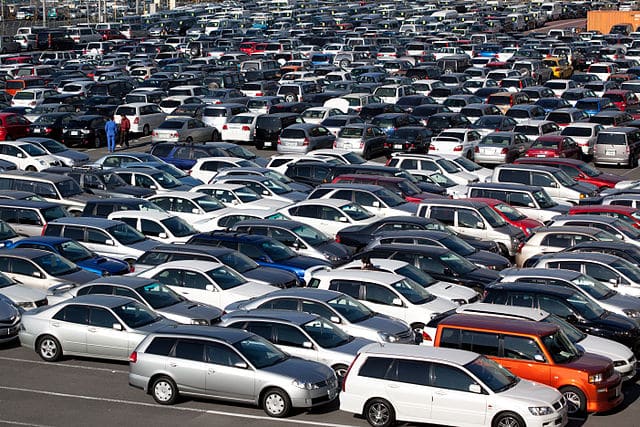 Biznext India: With top players of the sector have witnessed drop in sales in June, the slowdown in the automobile sector has continued.

The country’s leading heavy Commercial Vehicle maker Ashok Leyland has witness a drop of 19% to 12810 units in June. It’s cumulative sales during the April-June quarter also dropped by 6% to 39608 units.

Commercial Vehicle maker Eicher Motors has also reported 28.5% drop in sales to 4569 units in June. The company’s cumulative sales during the April-June Quarter have also dropped by 18% to 13331 units.

Surprisingly, leading Two-wheeler and light commercial vehicle maker Bajaj Auto has reported flat growth in its June Sales and 2% growth in its Q1 sales.  It’s two-wheeler sales has also increased by 4% to 351,291 units in June.

Not only the commercial or Passenger vehicles, Agri Machinery segment is also witnessing de-growth in the last few months. Escorts Agri machinery sold 8960 units in June, a drop of 10%. It’s Q1 sales also dropped by 14.1% to 21,051 units.

Auto Industry body SIAM hopes the government will take initiatives in the upcoming budget to revive auto sector and has proposed measures like implementation of scrappage policy and GST cut. Government stimulus, improvement in credit availability at NBFCs and rural demand revival will be key factors to watch in the near term.