SC opens doors of Sabrimala for Women irrespective of their Age 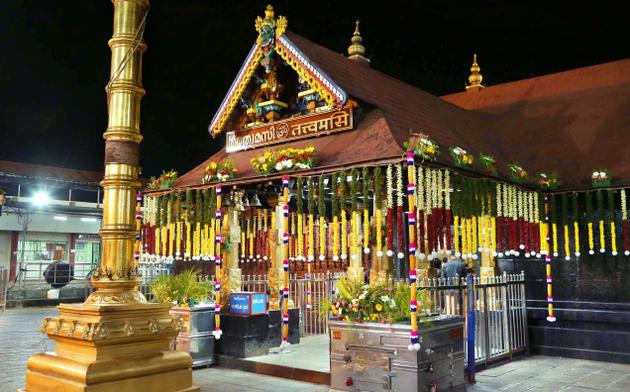 New Delhi: In a historic verdict, the Supreme Court India today opened the doors of Kerala’s famous Shrine #Sabarimala Temple to Women, irrespective of their Age.

A Constitution Bench of Chief Justice Deepak Mishra and Justices Rohinton Nariman, AM Khanwilkar, DY Chandrachud, and Indu Malhotra by a 4:1 majority, struck down Rule 3(b) of the Kerala Hindu Places of Public Worship (Authorisation of Entry) Rules, 1965 which was the basis for barring entry of women between the ages of 10 and 50 years to the Sabarimala temple.

The Bench delivered four judgments – CJI Misra wrote one on behalf of himself and Justice Khanwilkar, Justices Chandrachud and Nariman wrote a concurring judgment each, while Justice Malhotra wrote a dissenting opinion.

The pleas were filed by petitioners Indian Young Lawyers Association and others. The Kerala government has been changing its stand on the contentious issue of women of the menstrual age group entering the Sabarimala temple. It had on July 18 informed the Supreme Court that it now favoured their entry after having argued against it initially.