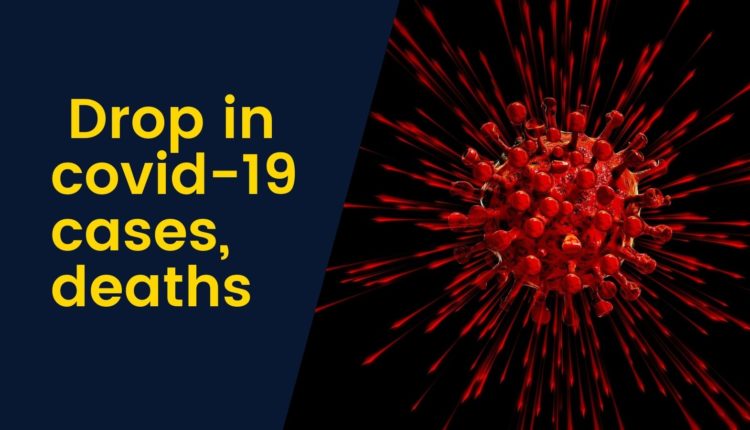 New Delhi: In a big respite for the government, India has witnessed a sharp drop in daily COVID-19 cases at 3.29 lakh cases in the last 24-hours. However, high number of deaths has remained a big concern for the country.

According to the data released by the union health ministry, India has reported 3,29,942 lakh new cases in the last 24-hours taking the tally to 22992517. This is for the second straight day India has reported below 4 lakh cases. On Sunday, the country has reported 3.66 lakh fresh cases, albeit as a result of lesser number of tests.

The country has also recorded 3876 deaths yesterday taking the death toll to 249992.

With drop in cases, India’s positivity rate has also dropped to 17.8 per cent from almost 25 per cent in the previous day. Yesterday, as many as 18.5 lakh samples were tested, according to the data released by the Indian Council of Medical Research (ICMR).

Meanwhile, as many as 3.56 lakh people have recovered from the virus infection, taking total number of recoveries to 1.90 crore.