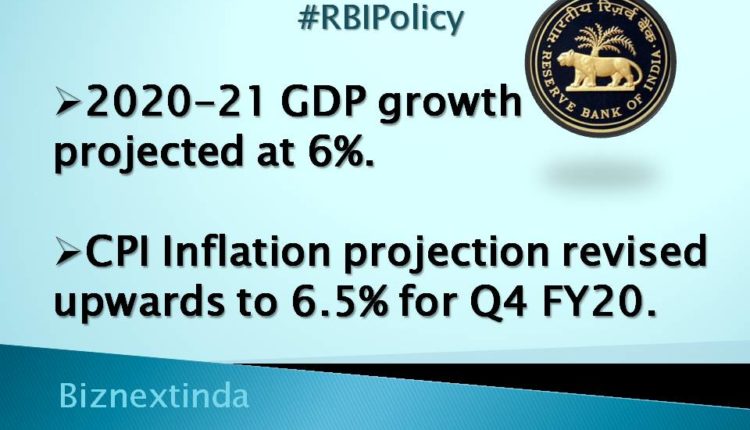 The inflation outlook is likely to be influenced by several factors. First, food inflation is likely to soften from the high levels of December and the decline is expected to become more pronounced during Q4:2019-20 as onion prices fall rapidly in response to arrivals of late kharif and rabi harvests. Higher vegetables production, despite the early loss due to unseasonal rain, is also likely to have a salutary impact on food inflation.

On the other hand, the recent pick-up in prices of non-vegetable food items, specifically in milk due to a rise in input costs, and in pulses due to a shortfall in kharif production, are all likely to sustain. These factors could impart some upward bias to overall food prices. Second, crude prices are likely to remain volatile due to unabating geo-political tensions in the Middle East on the one hand, and the uncertain global economic outlook on the other. Third, there has been an increase in input costs for services, in recent months. However, subdued demand conditions, muted pricing power of corporates and the correction in energy prices since the last week of January may limit the pass-through to selling prices. Fourth, domestic financial markets remain volatile reflecting both global and domestic factors, which may have an influence on the inflation outlook.

Fifth, base effects would turn favourable during Q3:2020-21. Sixth, the increase in customs duties on items of retail consumption in the budget may result in only a marginal one-time uptick in inflation.