Race-3 steady, but not going to be a Blockbuster 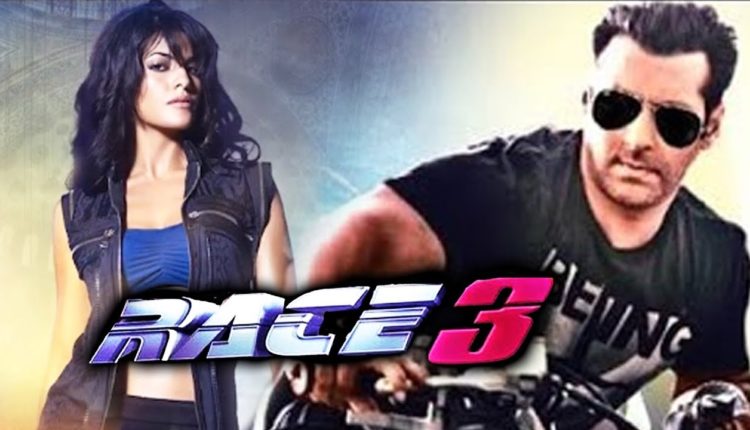 Mumbai : With a collection of total 133 Crore net, the Salman Khan Starrer Race-3 has a dream run so far. The movie which was released on Eid, has collected 8 Crore on Wednesday. However, the collection is expected to drop in the coming days, as several big releases like Janhvi Kapoor, Ishaan Khattar starrer Dhadak and the much awaited Sanjay Dutt biopic Sanju (Releasing on June 29). Bollywood business portal boxofficeindia has predicted that, the first week business of Race-3 will be around 140 Crore, which is good, though not a blockbuster number, that is expected from a Salman Khan release. With the release of Race-3, the collections of Parmanu: the story of Pokhran and Veer Di wedding have affected. However, hollywood movie Jurrassic Park is still going steady, collecting about 18-19 Crore net in the second week. The total collection of the movie has crossed 70 Crore and its is expected to settle  with a lifetime collection of 80 Crore.