Paytm back on Google Play store 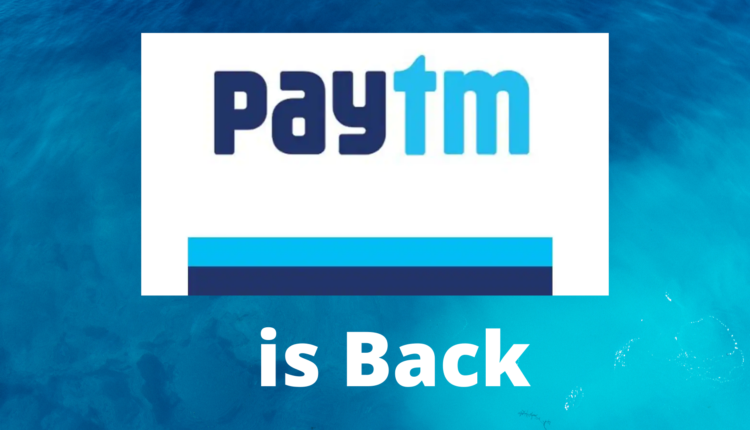 New Delhi: Paytm, the payment and e-commerce app which was removed by Google over violation of policies, is back on the play store.

Google Play store is believed to be restored Paytm after the payment app said that it has removed the sports betting feature ‘Paytm Cricket League’.

“We recently launched the ‘Paytm Cricket League’ on our consumer app for users to engage in their passion of cricket and get cashback. The game allows users to get player stickers after each transaction, collect them and receive Paytm Cashback” Paytm had said in a blog post.

“Today afternoon, we received communication from Google that they are suspending our app because they believe this to be a violation of their Play Store policies on gambling. The Paytm Android app has thus been unlisted from Google’s Play Store and is temporarily unavailable to users for new downloads or updates” it added.

Paytm had further said that all its activities are completely lawful and it has temporarily removed the cashback component in an effort to meet the Play Store policy requirements.‘

HCL to acquire Australian IT firm DWS, Shares up 4%