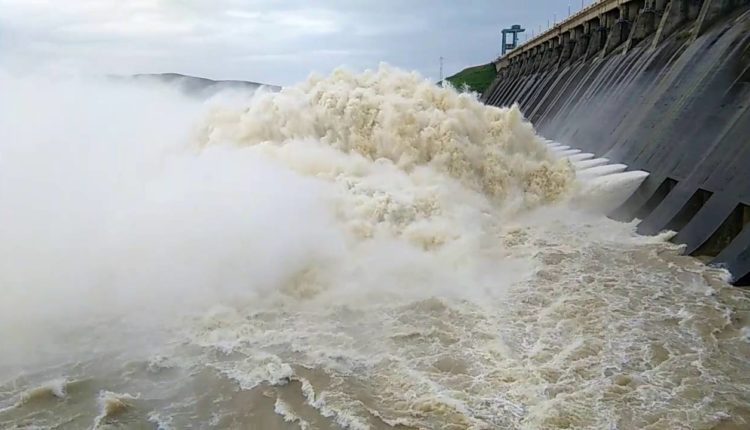 Bhubaneswar: Odisha is on high alert as the Hirakud Dam on the Mahanadi, is scheduled to open its gate for the first time in this season. The state government has alerted the respective district administrations to take precautionary measures.

With about 8 lakh cusec of flood water has passed at the Mundali head yesterday afternoon, a Medium Level Flood is expected in Mahanadi Basin. Accordingly, Chief Minister Naveen Patnaik asked the authorities to be in readiness to meet any eventuality.

Mr.Patnaik while reviewing the situation due to Rain Fury and resultant flood yesterday, has asked the Collectors of six districts Cuttack, Kendrapada, Jajpur, Jagatsinghpur, Khordha and Puri to remain prepared to meet the situation.

He has asked the District Collectors to take the help of Fire Services and ODRAF for rescue and relief operations.

Chief Minister has the District Collectors, where the situation is normal they are also to take up assessment of the damage to Public Properties and take immediate steps for repair and restoration.

Bishnupada Sethi, Special Relief Commissioner (SRC) briefed the Chief Minister about the situation while making a detailed presentation. He said discharge at Kharmal has come down to 3.9 Lakh cusec from 6.86 cusec yesterday; hence flood water at downstream is likely to reduced after few hours of peak flood. Water level of River Baitarani at Akhuapada was 17.81 meter against the danger level of 17.83 meter, However, water level at Anandapaur has remained below the danger level.

Due to very heavy rainfall occurred in different parts of the State during last 3 days resulting in flood like situation and water logging in city areas.

Normal Monsoon will drive demand growth, but high fuel cost to remain a concern for the Cement sector: ACC