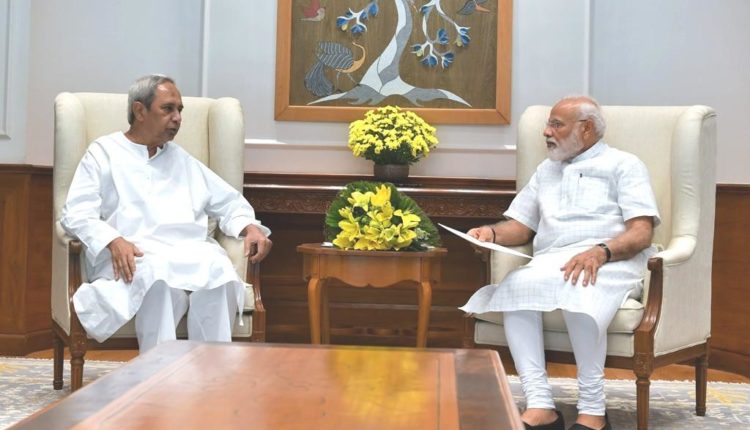 New Delhi : Odisha Chief Minister Naveen Patnaik on Tuesday sought Central assistance of Rs 5000 crore for rehabilitation and restoration work at the FANI cyclone affected areas. He also reiterated the special category status demand. He made this demand during his meeting with the Prime Minister Narendra Modi.

The Chief Minister said he has also sought increase in Coal royalty and 5 lakh pucca houses for the people of Odisha.

The meeting with the Prime Minister lasted for 20 minutes. He also congratulated Narendra Modi for his second term as prime minister. Later, Patnaik will meet President Ram Nath Kovind at Rashtrapati Bhawan. It is to be mentioned here that the CM is on a weeklong visit in the national capital. He will attend the meeting of NITI Aayog on June 15.

All Measures will be taken to Make Indian Steel Sector Competitive: Goyal