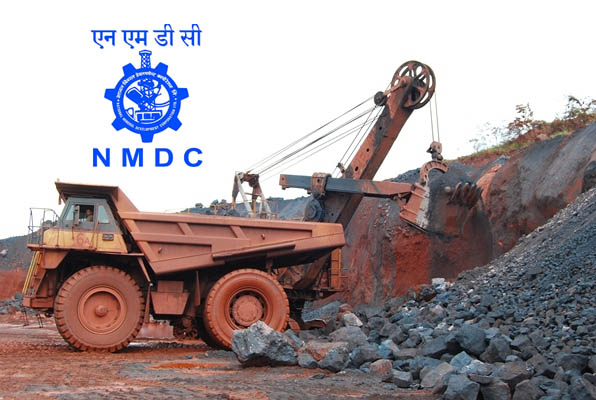 Bhubaneswar: With the Odisha government is preparing to auction as many as 36 Iron Ore blocks by March 2020, public Sector Iron Ore miner NMDC has urged the Odisha Government to reserve six Mineral Blocks in Keonjhar and Sundargarh Districts in its favor. Allocation of these mines will help the miner to achieve its 100 million tonne per annum Iron Ore output target.

NMDC authorities have requested the Odisha Government to reserve 6 blocks including Mankadnacha and Malangtoli Iron Ore blocks under Section 17 A of MMDR Act, 2015. NMDC is country’s single largest Iron Ore producer and presently producing 35 Million Tones from its fully mechanized mines in Chhattisgarh and Karnataka.

NMDC has made a Vision Plan for increasing Iron Ore production capacity from present 35 MTPA to 100 MTPA by 2024-25. Allocation of these mines will be instrumental to achieve this target.

NMDC Director P K Satapathy has said that in order to meet this target, NMDC requires additional Mining Leases in the Mineral Rich states like Odisha.
Odisha is having potential to develop Mines with a capacity of Plus 10 MTPA.

Mr.Satapathy said that NMDC is also planning to diversify into mining of minerals other than Iron Ore and Diamond.  Accordingly NMDC has been trying to acquire additional Mining Leases of various Minerals including Iron Ore and Diamonds.Secondly, NMDC has approached Ministry of Steel (MoS) for reservation of Khandadhar Iron Ore Blocks in Sundargarh District for prospecting and Mining Operations. Khandadhar has got two Iron Ore Blocks and NMDC has asked for both the Blocks, said official sources.

Apart from this NMDC has also approached Odisha Government for reservation of Rakma Iron Ore Block 0ver 986 Hectares are in Keonjhar and Sundargarh district.

Similarly, NMDC, which is on expanding mode has requested the State Government for Panduliposi Iron Ore and Manganese Ore Blocks over 105 Hectares in Keonjhar district.
NMDC has also submitted application for Kansa Nickel Ore Block in Jajpur district for prospecting and Mining Operations of Nickel.

It is worth mentioning that, NMDC conducted Detailed Exploration for Iron Ore in Malangtoli area during 1972-77. While NMDC was granted Mining Lease (ML) in Malangtoli, but could not execute the ML as there was no infrastructure support for Mining and Marketing Iron Ore at that time, said official sources.  Subsequently, State Government revoked the Mining Lease issued in favor of NMDC for non execution of Mining Lease. So the PSU has requested once again to the State Government for reservation of the Iron Ore Blocks in favor of NMDC.