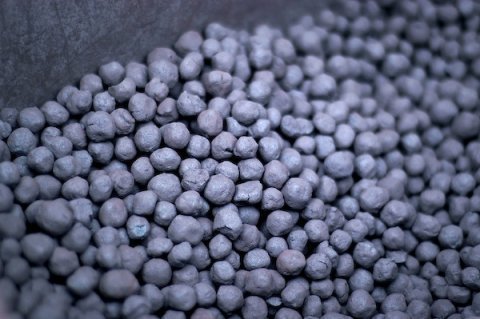 “This is the highest quantity of pellets produced and dispatched since the closure of its captive mines. The increase in sales could be achieved as a result of innovative marketing initiatives introduced by KIOCL” N. Vidyananda, Director (P&P) said.

KIOCL also made use of its expertise of handling different types of ores to produce pellets and its locational advantage entered into back to back contracts to the tune of about 0.6 million tons. This also helped KIOCL to expand its exports to Iran, Japan, South Korea and Oman in addition to its regular domestic and international markets.

The Board of Directors have recommended a final dividend of Rs 1.06 per equity share, subject to the approval of the shareholders at the Annual General Meeting. Together with an interim dividend of Re.0.27 per equity share, the total dividend for the financial year ended 31st March, 2018 amounts to Rs 67.26 Crores and will absorb Rs. 80.95 crores, including Dividend Distribution Tax of Rs.13.69 crores, thereby distributing 100% of PAT.