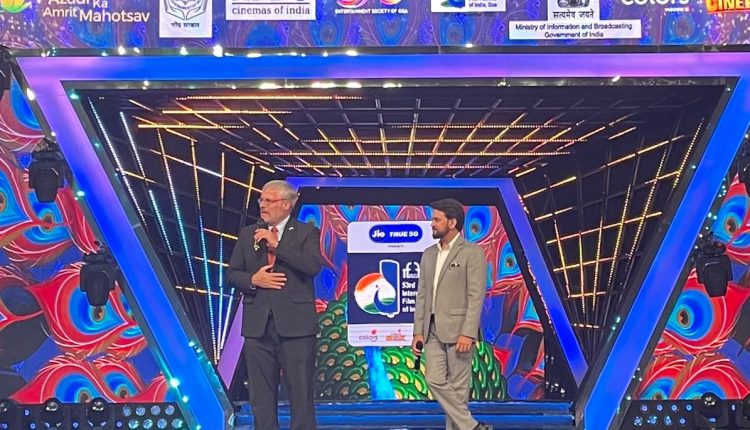 In an open letter in the micro-blogging site Twitter, he said, the filmmaker should be ashamed.

“It’s not in Hebrew because I wanted our Indian brothers and sisters to be able to understand. It is also relatively long so I’ll give you the bottom line first. YOU SHOULD BE ASHAMED” he said.

In Indian culture they say that a guest is like God. You have abused in the worst way the Indian invitation to chair the panel of judges at @IFFIGoa as well as the trust, respect and warm hospitality they have bestowed on you.

“Our Indian friends brought actor Lior Raz  and Avi Issacharoff from FAUDA in order to celebrate the love in India towards Fauda and Israel. I suspect that this is maybe also one of the reasons they invited you as an Israeli and me as the ambassador of Israel”.

“I understand your need in retrospect to “justify” your behavior but I can’t understand why you told ‘Ynetnews’ afterwards that the minister and I said on stage that there is similarity between our countries because “we fight a similar enemy and reside in a bad neighborhood”.

An open letter to #NadavLapid following his criticism of #KashmirFiles. It’s not in Hebrew because I wanted our Indian brothers and sisters to be able to understand. It is also relatively long so I’ll give you the bottom line first. YOU SHOULD BE ASHAMED. Here’s why: pic.twitter.com/8YpSQGMXIR

“We did speak about the similarities and closeness between our countries. The minister spoke about his visits to Israel, it being a Hi-Tech nation and the potential of combining this with the film industry. I spoke about the fact that we grew up watching Indian films. I also said that we should be humble when India, with such a great film culture, is consuming Israeli content (Fauda and more).  I’m no film expert but I do know that it’s insensitive and presumptuous to speak about historic events before deeply studying them and which are an open wound in India because many of the involved are still around and still paying a price”.

“As a son of a holocaust survivor, I was extremely hurt to see reactions in India to you that are doubting Schindler’s List, the Holocaust and worse. I unequivocally condemn such statements. There is no justification. It does show the sensitivity of the Kashmir issue here.  From your interview to Ynet the connection you make between your criticism of KashmirFiles and your dislike to what is happening in Israeli politics was quite evident. My suggestion. As you vocally did in the past, feel free to use the liberty to sound your criticism of what you dislike in Israel but no need to reflect your frustration on other countries. I’m not sure that you have enough factual basis to make such comparisons. I know I don’t”

“You will go back to Israel thinking that you are bold and “made a statement”. We, the representatives of Israel, would stay here. You should see our DM boxes following your “bravery” and what implications it may have on the team under my responsibility. The friendship between the people and the states of India and Israel is very strong and will survive the damage you have inflicted. As a human being I feel ashamed and want to apologize to our hosts for the bad manner in which we repaid them for their generosity and friendship” the senior diplomat  said.

‘The Kashmir Files’ was screened at IFFI on November 22 as a part of the Indian Panorama Section.