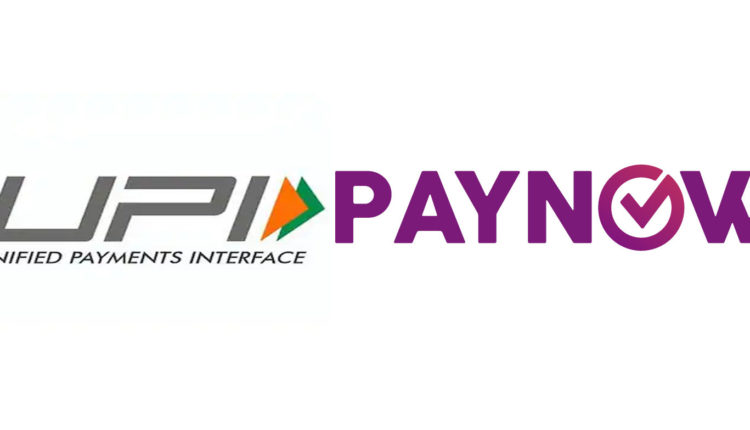 Biznextindia :  Come July 2022, you can instantly send money to your friend in Singapore through your Smartphone using the UPI system. India’s central bank RBI has signed an agreement with Monetary Authority of Singapore (MAS) to link UPI with Paynow. The linkage is targeted to be operationalised by July 2022, RBI said in a press release.

The UPI-PayNow linkage will enable users to make instant, low cost fund transfers directly from one bank account to another between India and Singapore. When implemented, fund transfers can be made from India to Singapore using mobile phone numbers and from Singapore to India using UPI virtual payment addresses (VPA). The experience of making a PayNow transfer to a UPI VPA will be similar to that of a domestic transfer to a PayNow VPA

The UPI-PayNow linkage is a significant milestone in the development of infrastructure for cross-border payments between India and Singapore, and closely aligns with the G20’s financial inclusion priorities of driving faster, cheaper and more transparent cross-border payments. The linkage builds upon the earlier efforts of NPCI International Private Limited (NIPL) and Network for Electronic Transfers (NETS) to foster cross-border interoperability of payments using cards and QR codes, between India and Singapore and will further anchor trade, travel and remittance flows between the two countries. This initiative is also in line with RBI’s vision of reviewing corridors and charges for inbound cross-border remittances outlined in the Payment Systems Vision Document 2019-21.

“By reducing the cost and inefficiencies of remittances between Singapore and India, the PayNow-UPI linkage will directly benefit individuals and businesses in Singapore and India that greatly rely on this mode of payment. Given that PayNow and UPI are integral components of their respective national digital infrastructures, the link between the two systems also paves the way for establishing more comprehensive digital connectivity and interoperability between the two countries” Sopnendu Mohanty, Chief FinTech Officer of MAS, said.

UPI is India’s mobile based, ‘fast payment’ system that facilitates customers to make round the clock payments instantly using a Virtual Payment Address (VPA) created by the customer. This eliminates the risk of sharing bank account details by the remitter. UPI supports both Person to Person (P2P) and Person to Merchant (P2M) payments as also it enables a user to send or receive money.

PayNow is the fast payment system of Singapore which enables peer-to-peer funds transfer service, available to retail customers through participating banks and Non-Bank Financial Institutions (NFIs) in Singapore. It enables users to send and receive instant funds from one bank or e-wallet account to another in Singapore by using just their mobile number, Singapore NRIC/FIN, or VPA.