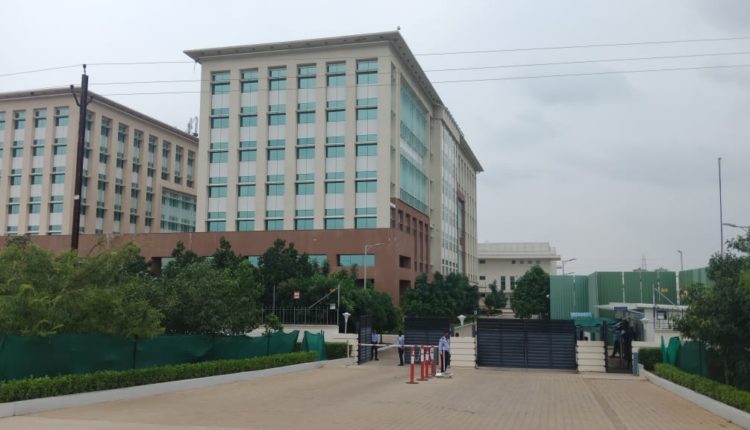 Bhubaneswar :  In the backdrop of rising threat perceptions to India’s IT hubs, the National Security Guard (NSG) Hyderabad Hub has conducted a mock drill at Infosys SEZ Campus, Info-valley, under the IT and ITES SEZ at Gaudakashipur and Arisol village on the city outskirts along the Bhubaneswar-Khurda Corridor.

The exercise started with five NSG commandos masquerading as terrorist, entered the campus on June 21, through the main entrance by killing two guards. Once inside they have targeted one building and had taken five employees as hostages. The local police station was informed along with Commissionrate Police.  Within five minutes two armed constable along with the local IIC reached the Infosys campus gate at Infovalley.

The IIC was briefed about the situation by the security guards in-charge and he immediately deployed two armed constables near the entrance of the building to restrict the terrorist movement. After 30 minutes OSAP platoons reached the campus. These forces were immediately deployed for cordoning off the outside campus area, the Special Technical Unit of SOG reached the Campus. The STU unit was then briefed by the head of the security along with the local IIC. The STU and the Bomb Disposal Unit immediately placed its sniper around the building at the vantage points, cordoned off the building and ordered to completely blackout the area.

The STU unit has then managed to gain access to the software development building (SDB-B) from the North side emergency exit doors, sanitized three floors including killing of one terrorist and disposing of an improvised explosive device (IED). As the rescue operation progressed, STU unit faced stiff resistance with heavy casualties that was the time, the commandant asked for intervention by NSG from the unified command, setup at the Commissionerate of Police office.  The NSG Hyderabad hub was then contacted, for providing necessary assistance.

A company of NSG then took-off with full battle load from Hyderabad airport and landed at BBSR. A green corridor was provided by the traffic police along with a pilot vehicle (real time). They reached the campus and the commandos were then briefed jointly by STU commandant and head of the security, Infosys about the ground situation as well as the building layout entry/exit points.

The commandos pumped into action after due co-ordination with the STU unit, clearly understanding their positions in and around the building including radio networking, sniper position etc. The operation continued for 3 hours and finally the situation was successfully diffused and the hostages were safely rescued.  Higher officials were present during the rescue mock drill an ensured the exercise was done successfully.

Monsoon Session of Parliament from 18th July, all eyes will be on Rajya Sabha Dty Chariman election