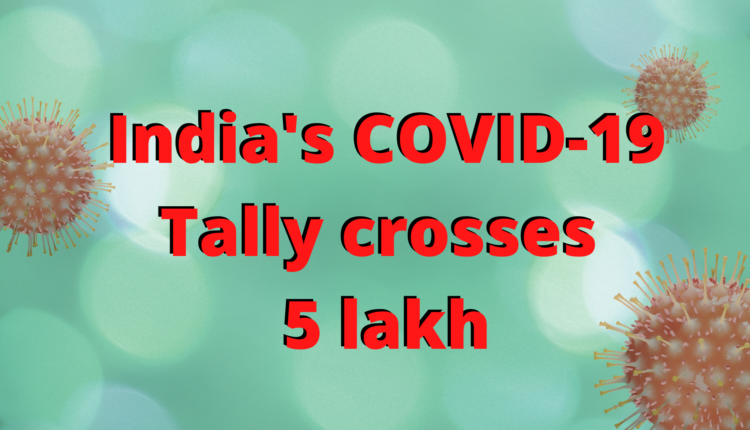 Bhubaneswar: With over 18000 new cases in the last 24 hours, India’s Covid-19 tally crossed the 5 lakh-mark on Saturday.

As per the latest data released by the Ministry of Health & Family Welfare, India’s total cases rose to 508953 by Saturday morning. The total number includes 197387 active cases and 15685 deaths while 295881 people have been recovered from the viral infection. The country has reported 384 deaths in the last 24 hours and the death rate stands at 3.1 per cent.

Maharastra has remained the worst affected state in the country as its total number of confirmed cases has crossed 1.5 lakh including 65844 active cases and 7106 deaths. Maharastra is followed by Delhi and Tamilnadu with 77240 and 74622 confirmed cases.

Meanwhile, as many as 220479 samples were tested in the last 24 hours out of which over 18 thousand samples were found to be positive. With this, the country has tested total 79,96,707 samples till the 27th of June with a positivity rate of 6.2 per cent, the Indian Council of Medical Research (ICMR) said.