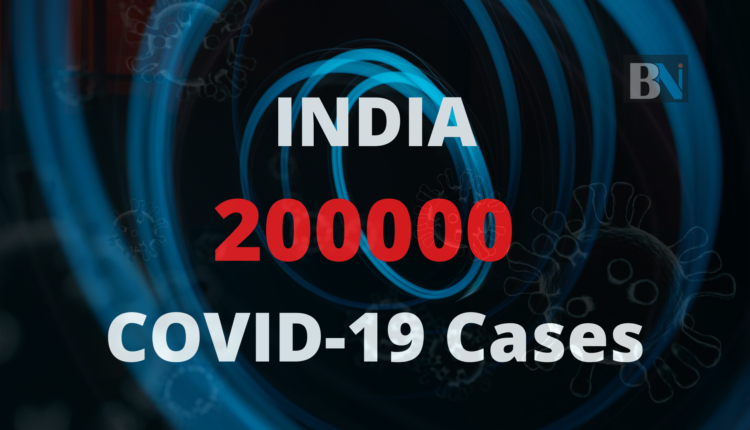 Bhubaneswar: India’s COVID-19 cases crossed the 2 lakh mark on Wednesday morning including  5815 deaths. While It took about 110 days for India to touch the first one lakh mark, the second one lakh came in just 15 days, indicating a sharp climb in COVID-19 transmission in the country.

As per the latest data released by the Ministry of Health & Family Welfare, India’s total cases rose to 207615 by Wednesday morning. The total number includes 101497 active cases and 5815 deaths while 100303 people have been cured and discharged from hospitals.

The situation in Maharastra has remained grim as total number of cases has touched  72300 by Wednesday morning. Maharastra is followed by Tamilnadu and Delhi with 24586 and 22132 cases respectively.

Meanwhile, as many as 137158 samples were tested in the last 24 hours out of which 8909 samples are found to be positive. With this, the country has tested total 41,03233 samples till 3rd  of June with a positivity rate of 5 per cent, the Indian Council of Medical Research (ICMR) said.

Odisha readying 10 mining blocks for auction in July, Auctioned blocks to start operation within a month