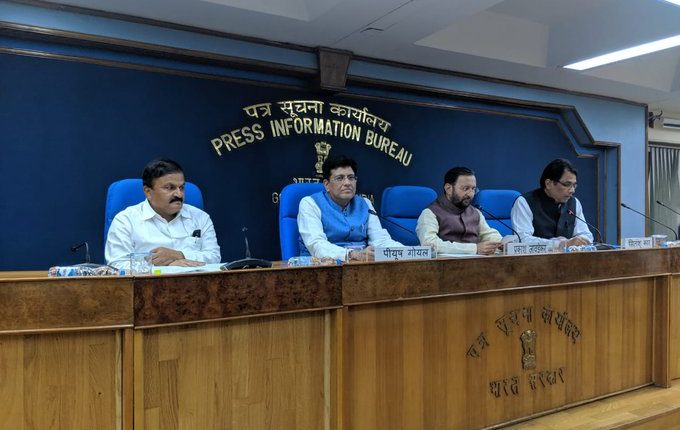 As per the present FDI policy, 100% FDI under automatic route is allowed for coal & lignite mining for captive consumption by power projects, iron & steel and cement units and other eligible activities permitted under and subject to applicable laws and regulations. Further, 100% FDI under automatic route is also permitted for setting up coal processing plants like washeries subject to the condition that the company shall not do coal mining and shall not sell washed coal or sized coal from its coal processing plants in the open market and shall supply the washed or sized coal to those parties who are supplying raw coal to coal processing plants for washing or sizing.

It has been decided to permit 100% FDI under automatic route for sale of coal, for coal mining activities including associated processing infrastructure subject to provisions of Coal Mines (special provisions) Act, 2015 and the Mines and Minerals (development and regulation) Act, 1957 as amended from time to time, and other relevant acts on the subject. “Associated Processing Infrastructure” would include coal washery, crushing, coal handling, and separation (magnetic and non-magnetic)

iii.        The extant policy provides that only that part of the global sourcing shall be counted towards local sourcing requirement which is over and above the previous year’s value. Such requirement of year-on-year incremental increase in exports induces aberrations in the system as companies with lower exports in a base year or any of ‘ the subsequent years can meet the current requirements, while a company with consistently high exports gets unduly discriminated against. It has been now decided that entire sourcing from India for global operations shall be considered towards local sourcing requirement. (And no incremental value)

iv.      The present policy requires that SBRT entities have to operate through brick and mortar stores before starting retail trading of that brand through e-commerce. This creates an artificial restriction and is out of sync with current market practices. It has therefore been decided that retail trading through online trade can also be undertaken prior to opening of brick and mortar stores, subject to the condition that the entity opens brick and mortar stores within 2 years from date of start of online retail. Online sales will lead to creation of jobs in logistics, digital payments, customer care, training and product skilling.

The extant FDI policy provides for 49% FDI under approval route in Up-linking of ‘News &Current Affairs’ TV Channels. It has been decided to permit 26% FDI under government route for uploading/ streaming of News & Current Affairs through Digital Media, on the lines of print media.