Bangalore:  India has set a target to achieve a turnover of 1,75,000 Crore in Aerospace, defence manufacturing  including Rs. 35000 crore  in exports by 2024, said Defense Minister Rajnath Singh.

Inaugurating the Aero India 2021, India’s biggest aerospace and defence exhibition, Rajnath said that his government’s vision is to make India one of the biggest countries in the world in defence manufacturing sector with active participation from the public and private sector.

“With focused attention being laid on promotion of exports of Indian defence products, India is steadily marching from ‘Make in India’ towards ‘Make for the World’ ” he said. 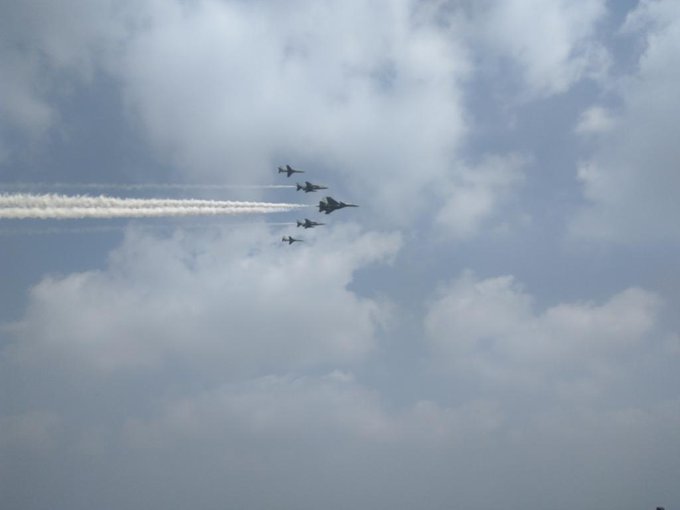 Inviting multinational defence manufacturers to India, he said, India’s defence manufacturing sector has been further opened for foreign sector participation by expanding the FDI (Foreign Direct Investment) limit to 74% in the automatic route and 100% in the government route.
The government is encouraging foreign OEMs to set up wholly owned subsidiaries or enter into strategic partnerships with the Indian companies.

The Defence minister informed that India is planning to spend 130 billion on military mordenisation.

“We have taken many steps to strengthen our security apparatus recently. Domestic manufacturing of bigger and complex defence platforms has now become the focus of our policy under the “Atmanirbhar Bharat Abhiyan”. We plan to spend 130 Billion Dollar on military modernization” he said.

On the Chinese aggression on India’s northern boundary, he said that the country has long witnessed unfortunate attempts to employ force to change status quo along the unresolved border. But, India is vigilant and prepared to counter and defeat any misadventure to defend its territorial integrity.