Researchers conducted Geotechnical, Hydraulic and Satellite imagery studies and developed a dredging methodology with minimum impact on the Lake Ecosystem

Bhubaneswar: Indian Institute of Technology Madras Researchers undertook a major project at the famous Chilika Lake, the largest brackish water body of Asia and the first Ramsar site of India, to help in tripling the population of the Irrawaddy dolphins.

The intervention of IIT Madras also benefitted the over 200,000 fishermen living in 132 villages as it resulted in a seven-fold increase of fish catch and tourists to co-exist with the lake ecosystem with minimal disturbance to the environment.

Due to the successful restoration, the lake was removed from the threatened list (Montreux record) 1st from Asia. Chilika Development Authority also received the Ramsar Wetland Conservation Award and Evian special prize 2002 for outstanding achievement. 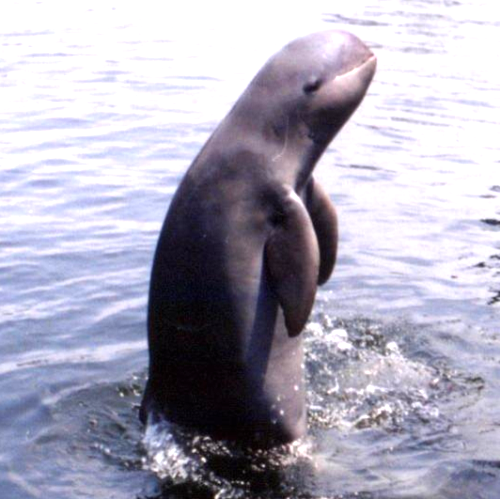 In 1981, Chilika Lake has designated the first Indian wetland of international importance under the Ramsar Convention on Wetlands of International Importance, an international treaty for the conservation of wetlands

Chilika Lagoon is over 4,000 years old and spread over the Puri, Khurda and Ganjam districts of Odisha. The highly productive ecosystem of the lake supports the livelihood for fishermen and also acts as drainage for Mahanadi river basin. The lake was in a degraded condition and included in the threatened list (Montreux Record) by Ramsar Convention in 1993. This warranted urgent action for restoration of the lake.

The geotechnical, hydraulic and satellite imagery studies showed the spit of Chilika is constantly changing. The sand bar has been widening, and the position of the mouth constantly shifting, moving generally towards the northeast. The mouth was described as being about 1.5 km wide in 1780 and had decreased to half within forty years in 1820. It also showed the Chilika lake mouth located originally near Sipakuda in 1800 has gradually shifted in the last 200 years towards the northern side to Arkhakuda. 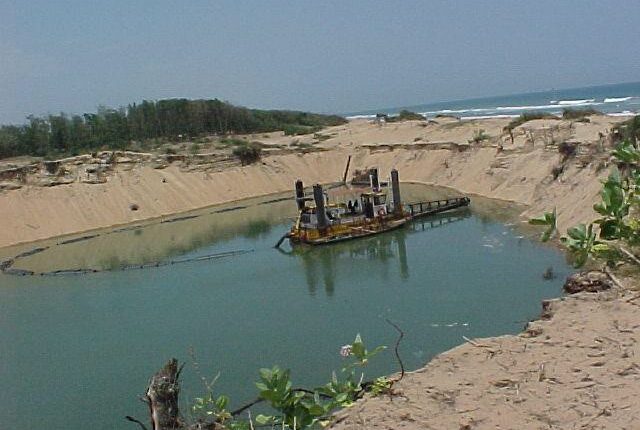 The sedimentation in the South and erosion in the North due to littoral drift is the major cause of continuous shift of the mouth towards the North.The outer inlet channel of 18km length was formed between Sipakuda and Arkhakuda and the tidal exchange through this channel was not sufficient to maintain the quality of brackish water and overall brackish ecosystem of in the lake.

The scientific investigation was carried out by Prof. R. Sundaravadivelu, Department of Ocean Engineering, IIT Madras, Dr. L. K. Ghosh (Ex-Additional Director CWPRS POONA),Dr. P. Chandramohan (Indomer Coastal Hydraulics, Chennai) and Dr. Ajit Kumar Pattnaik (Ex-Chief Executive, Chilika Development Authority) to trace the root cause of degradation. The hydrodynamic regime of the lagoon was affected due to shifting of the mouth towards the northeast and subsequent reduction of seawater into the lake. Consequently, the ecology, biodiversity and economy of the area were also affected. The present study deals with the intervention carried out in October 2000 to open the mouth 18 km south of the shifted mouth.

Highlighting the outcomes of this project, Prof. R. Sundaravadivelu, Institute Chair Professor, Department of Ocean Engineering, IIT Madras, who spearheaded the project, said, “The Chilika Lake was restored with a cost of Rs.10crores by opening the mouth and other related works in six months’ time which has resulted in fish catch worth Rs.100 crore and revenue of Rs. 35 crore due to Tourism every year.”

The Sipakuda mouth opened in 2000 has significantly improved the ecosystem. The tide levels at Satapada before the opening of the mouth (March 2000) was 10 cm, while this improved to 60 cm, which is the indication of more tidal inflow and stabilising the brackish water nature in the Chilika. But the mouth was consistently migrating towards the north and another mouth at Gabakund opened naturally. In the process of migration, the Sipakuda mouth merged with Gabakund mouth in 2012 and the width was about 2700 m at the time of merging. Studies conducted indicate the need for further interventions inside the lake like the desiltation.

IIT Madras developed the dredging methodology identifying the location of dredging along with disposal and selection of suitable dredger with minimum impact on the ecosystem. Based on the outcome of this successful hydrological intervention by IIT Madras undertaken under the auspices of the Chilika Development Authority (CDA), the flood inundation and freshwater weeds are reduced. The hydrological intervention restored the lake ecosystem and ameliorated the biodiversity. The fish production increased 7-fold and the population of highly threatened Irrawaddy dolphin increased. The enhancement of fishery resources and the increase of population of Irrawaddy dolphin promoted ecotourism which immensely benefitted the local fishers.

The Chilika Lake Authority has developed an Ecosystem Health Report Card. Periodical monitoring of salinity, fish and dolphin, freshwater weeds, birds and other biological parameters are being carried out by an Advisory Committee chaired by Mr. Sushanta Kumar Nanda IFS (Chief Executive Chilika development Authority), in which IIT Madras is an active member.