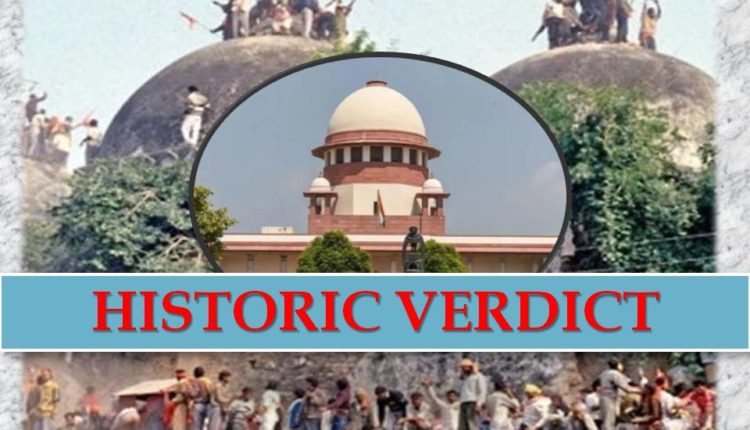 New Delhi: New Delhi :  In a historic verdict the Supreme Court of India today ruled that the disputed land should be given to the Ram Janmabhumi Nyas. The apex court has also ruled that an alternate land of 5 acres be given to the muslim parties within the city of Ayodhya.