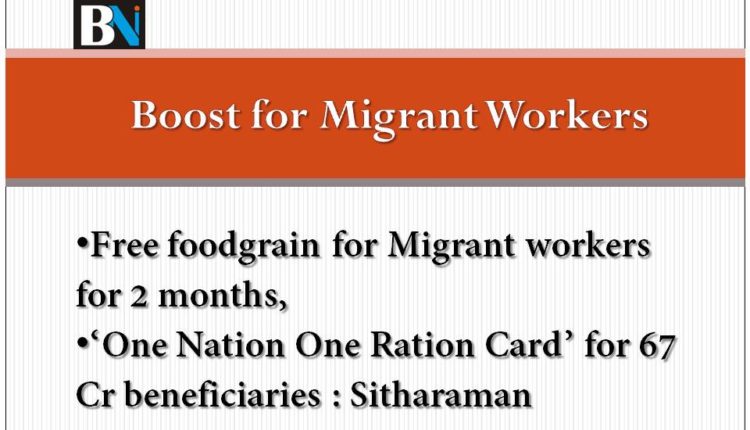 She announced free food-grain for migrant workers. Under this scheme free food grains will be supplied to all migrants for the next 2 months. For non-card holders, they will be given 5kg wheat/rice per person & 1 kg chana per family/month for 2 months. The government will spend Rs 3500 crores to be spent on this scheme which will benefit about 8 crore migrants.

The finance Minister also announced that “One Nation One Ration Card” will be implemented- 67 crore beneficiaries in 23 states covering 83% of PDS population will be covered by national portability by August 2020.