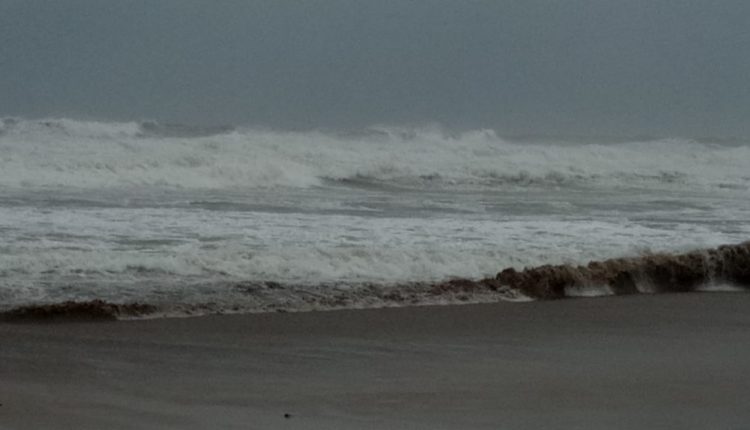 Bhubaneswar: The Extremely Severe Cyclonic Storm “FANI‟ over Westcentral &adjoining Northwest Bay of Bengal moved north-northeastwards with a speed of about 16 kmph in last six hours is currently (5.30am) at about 80 km southsouthwest of Puri (Odisha), about 60 km southeast of Gopalpur (Odisha), about 260 km east northeast of Vishakhapatnam (Andhra Pradesh). According to IMD bulletin, Landfall process is very likely to occur between 8 am to 12 noon today. After the landfall the system is very likely to continue to move north-northeastwards, weaken gradually and enter into West Bengal as a Severe Cyclonic Storm with the wind speed of 90-100 kmph gusting to 115 kmph. It is very likely to move further north- northeastwards and emerge into Bangladesh on 4thApril evening as a Cyclonic Storm with wind speed 60-70 kmph gusting to 80 kmph. The cyclone is being tracked by Doppler Weather Radars Vishakhapatnam & Machilipatnam.