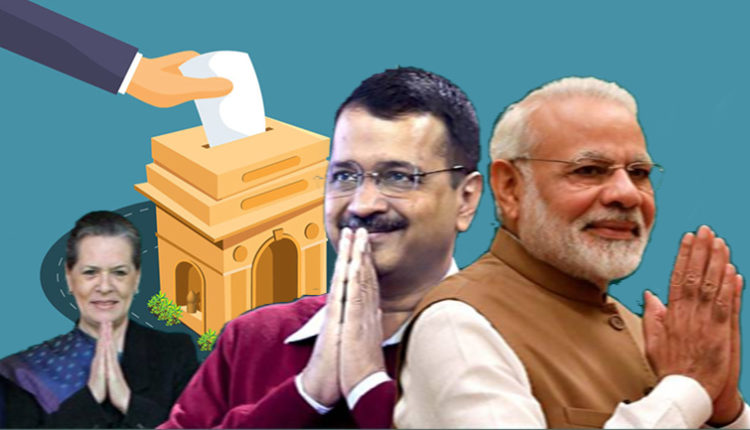 New Delhi:  Counting underway for Delhi Assembly elections and initial trend suggest the Aam Admi Party (AAP) is likely to retain power in the capital. According to latest reports, AAP is leading in 46 seats, BJP in 23 seats.

Several exit polls had also suggested AAP chief Arvind Kejriwal to return as Chief Minister of Delhi with BJP as the main opposition party improving its 2015 tally of 3 seats.

The counting of votes for started at 8 this morning and is being carried out at 21 centres across the city amid tight security arrangements.

The entire counting process is being video- graphed. The Election Commission is displaying the trends and results on its website.

Delhi had witnessed 62.59 per cent voter turnout during the polling which was held on Saturday. A total of 672 candidates including 63 women were in the fray for 70-member Delhi Assembly.

In the 2015 Delhi Assembly elections, Aam Aadmi Party had swept with 67 seats; BJP bagged three seats while Congress failed to win even a single seat.

Infosys to Acquire US based Salesforce Consulting firm Simplus