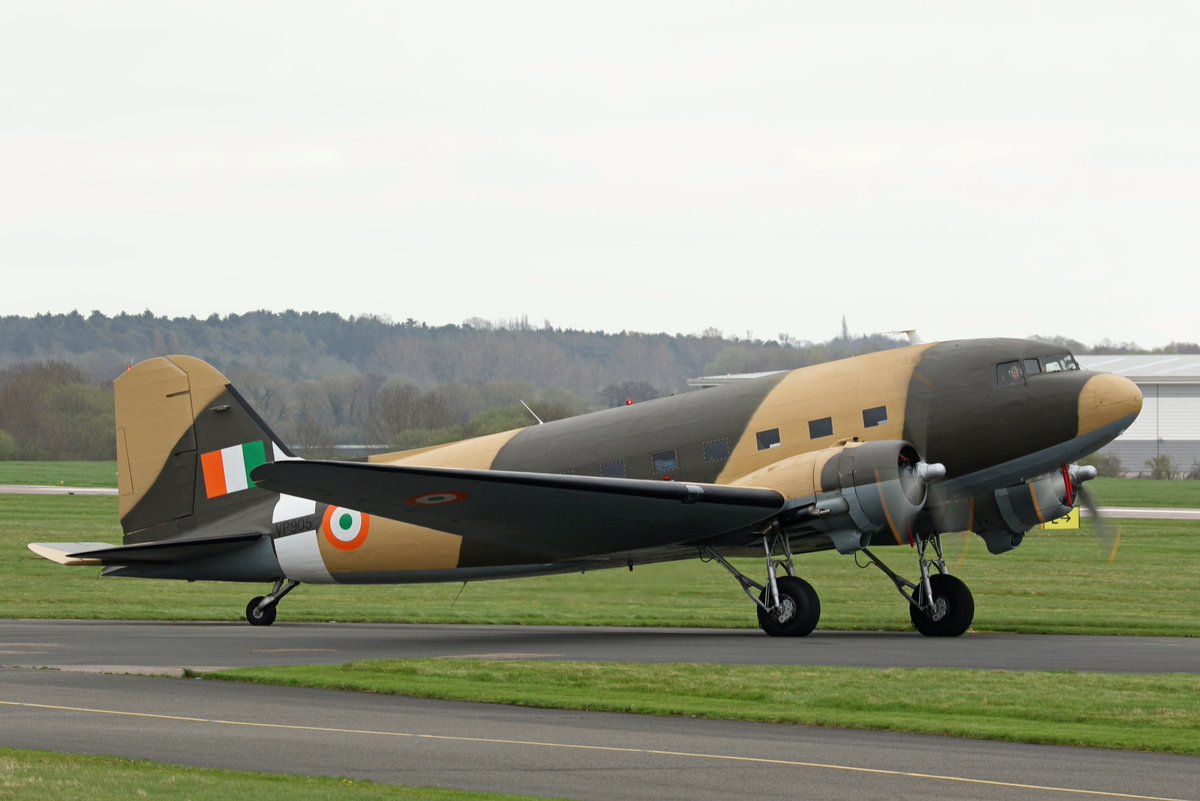 NewDelhi : A Dakota DC-3 aircraft of 1940’s vintage would be inducted shortly in to the Vintage Aircraft Flight of the Indian Air Force.  A large fleet of Dakota DC-3 served in the IAF till 1988.  It was one of the most versatile transport aircraft of its time. To honour the first Dakota which transported troops of the 1st Sikh Regiment to Srinagar on 27 Oct 47, during the Kashmir conflict, the IAF has allocated the aircraft with a registration number. Built in 1944, the aircraft served in military with the RAF and was also operated by various civil airlines.

The aircraft was obtained from scrap in 2011 and was restored to flying condition in UK by Hon’ble Member of Parliament (Rajya Sabha) Mr. Rajeev Chandrasekhar for gifting it to the IAF. Subsequently, the IAF signed a contract with M/s Reflight Airworks Ltd London for upgrading its navigational systems. The CAS ceremonially accepted the aircraft into the IAF from Mr. Rajeev Chandrasekhar on 13 Feb 18.

#DakotaHomebound : A Dakota DC-3 aircraft of 1940’s vintage would be inducted shortly into the Vintage Aircraft Flight of the IAF. The aircraft was obtained from scrap in 2011 & restored to flying condition in UK by Hon’ble Mr. Rajeev Chandrasekhar for gifting it to the #IAF. pic.twitter.com/xq8LHza53V

After successfully completing all test flights, after its restoration, the aircraft commenced its journey from the UK on 17 Apr 18. It is being flown to India by a joint team crew of the IAF and M/s Reflight Airworks Ltd. The ferry to India by making   en-route halts at France, Italy, Greece, Jordan, Saudi Arabia, Bahrain and Oman, will be completed on 25 Apr 18 at Jamnagar.

To honour the old war horse in its new residence, the induction ceremony of Dakota VP-905 is scheduled on 04 May 18 at Air Force Station Hindan. The ceremony will include the representatives from the OEM, dignitaries from the High Commission of the UK and the proud veterans of the IAF who have operated this magnificent flying machine.

An aircraft of this generation being flown to India from across the World after its restoration, is an unprecedented event in the history of the IAF and joins our vintage flight which was raised in Palam in 1988. The Present day heritage aircraft in Vintage Flight are Howard and Tiger moth with plans afoot to add a wider variety of military aircraft which forms a part of our rich ancestry.