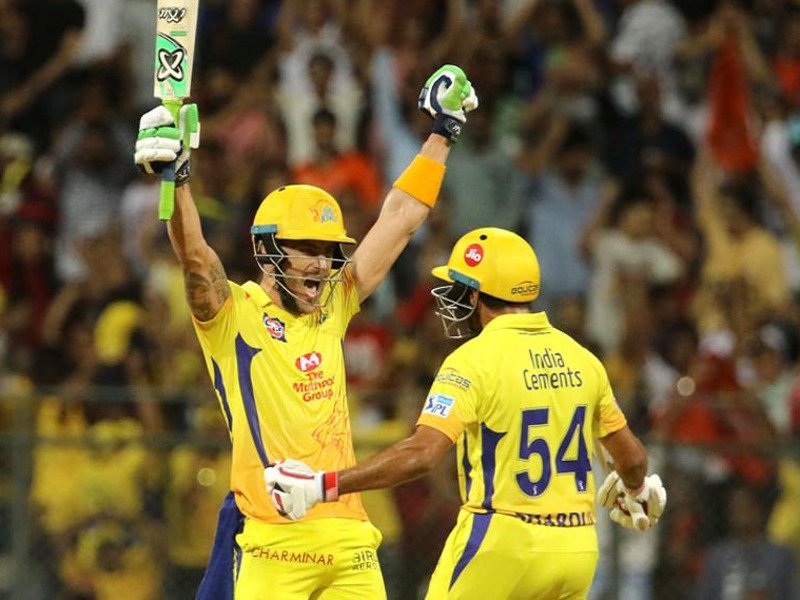 Mumbai:  The Chennai Super Kings (CSK) has entered the final of the Indian Premiere league (IPL) 2018. In a Close fight in the first qualifier the CSK beat Sunrisers Hyderabad by 2 wickets. Despite, facing a batting collapse, CSK manages to achieve the target, thanks to the unbeaten 67 of 42 by Faf du Plessis .  In his spectacular innings,  Faf du Plessis hit 6 sixes and 5 fours.

Earlier, CSK Skipper MS Dhoni won the toss and invited Hyderabad to bat. The Hyderabad start its innings with a big jolt as it lost the wicket of star batsman Shikhar Dhawan for 0 in the very first over. However, with some sensible bating by the skipper kane Williamson, Yusuf Pathan and  Carlos Brathwreit, Hyderabad managed to put a respectable score of 139/7.